OnePlus 11 Pro is tipped to be equipped with a triple rear camera unit, led by 50-megapixel primary sensor. 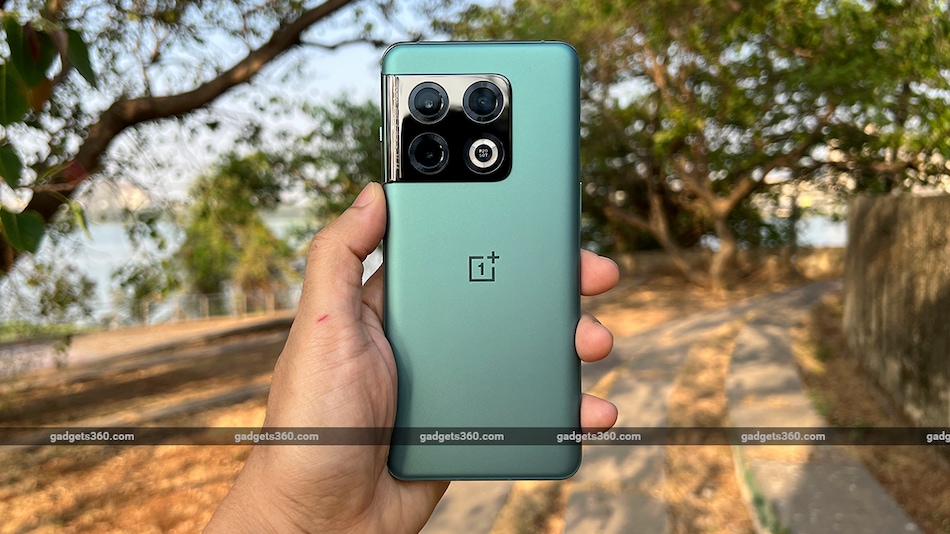 OnePlus 11 Pro — the rumoured successor to the OnePlus 10 Pro — specifications have surfaced online. The handset yet to be officially confirmed by the Chinese smartphone brand. As per the latest leak, the OnePlus 11 Pro will sport a 6.7-inch QHD+ AMOLED display. It is said to be powered by a Qualcomm Snapdragon 8 Gen 2 SoC and could feature triple rear cameras led by a 50-megapixel main sensor. The OnePlus 11 Pro is expected to be backed by a 5,000mAh battery with support for 100W charging.

Known tipster Steve Hemmerstoffer (@OnLeaks), in collaboration with 91Mobiles, has leaked the specifications of the rumoured OnePlus 11 Pro. The handset could be unveiled in early next year, according to the report.

As per the leak, the OnePlus 11 Pro will run on Android 13 and will feature a 6.7-inch QHD+ AMOLED display with a 120Hz refresh rate. The display is said to have a hole-punch cutout to house the selfie sensor. The OnePlus 11 Pro could be powered by a Qualcomm Snapdragon 8 Gen 2 SoC coupled with up to 16GB of RAM. The chipmaker is expected to launch the chip during the Qualcomm Summit 2022 later this year.

The OnePlus 11 Pro is said to come in two configurations — 8GB RAM + 128GB storage and 16GB RAM + 256GB storage. As per the leak, OnePlus will pack a Hasselblad-branded triple rear camera unit on the upcoming device. It could comprise a 50-megapixel primary sensor, a 48-megapixel ultra-wide angle lens and a 32-megapixel telephoto sensor. For selfies, it is said to include a 16-megapixel sensor at the front.

Connectivity options in the handset reportedly include 5G, Wi-Fi 6E, Bluetooth v5.2, GPS, and a USB Type-C port. It could carry an in-display fingerprint sensor for authentication. It is said to include Dolby Atmos-enhanced speakers as well. The upcoming OnePlus 11 Pro is expected to include an alert slider. It could pack a 5,000mAh battery with support for 100W fast charging.

Vivo Y16 Could Be Launched in India This Week, Price Leaked: Report