OnePlus Nord CE 2 Lite is tipped to get a side-mounted fingerprint sensor. 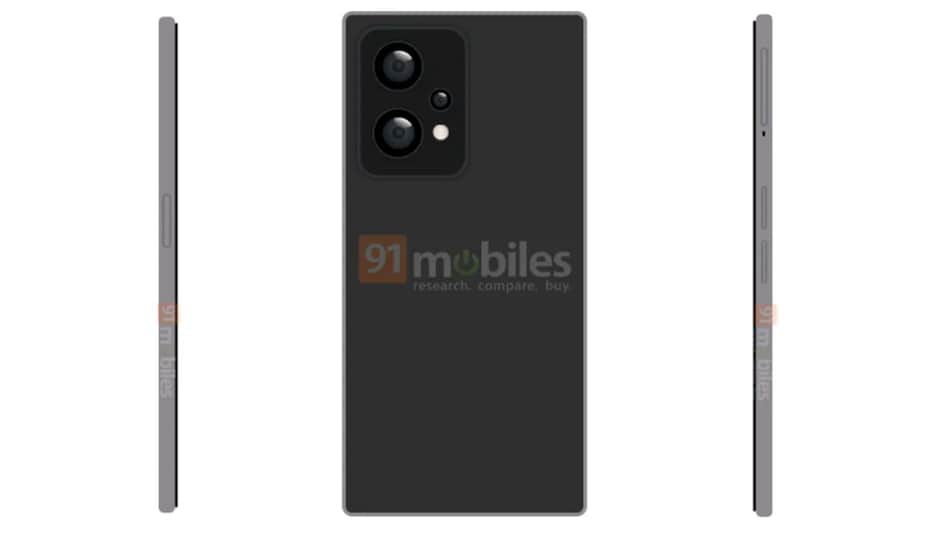 OnePlus Nord CE 2 Lite alleged renders have been leaked, and they suggest that the smartphone will come with a triple rear camera setup. The camera module on the OnePlus smartphone looks quite similar to the one carried by various Realme smartphones launched in multiple markets. The smartphone is also tipped to get a display with a hole-punch cutout on the top-left corner for selfie camera, run Android 12 out-of-the-box, and is expected to pack a high-resolution primary camera sensor.

Citing people familiar with the matter, a report by 91Mobiles says that the OnePlus Nord CE 2 Lite will get a glossy plastic rear panel with curved sides, and sport a rectangular camera module. The module is said to get two large camera sensors, a small third camera, and an LED flash. When seen from the front, the phone is suggested to get a display with a hole-punch cutout on the top left corner.

The OnePlus Nord CE 2 Lite is claimed to get a side-mounted fingerprint sensor on the right spine, and volume controls as well as a hybrid SIM slot on the left. There will be a USB Type-C port, speaker grille, and a 3.5mm headphone jack, the report says, adding that the OnePlus phone will not come with an Alert Slider. 91Mobiles report also says that this will be the first Nord phone with Android 12 out-of-the-box, and it will get a high-resolution primary sensor along with two 2-megapixel cameras. There is no ultra-wide camera, the report cites a source as saying.

As per a previous report, OnePlus Nord 2 CE Lite 5G will sport a 6.59-inch full-HD Fluid display. It could be powered by a Qualcomm Snapdragon 695 5G SoC, paired with either 6GB or 8GB of RAM. It may feature either 128GB or 256GB of onboard storage. It is said to come with a 64-megapixel primary sensor, and a 16-megapixel camera on the front. The phone may pack a 5,000mAh battery with 33W fast charging support.