OnePlus X to Be Available Without Invites Every Tuesday 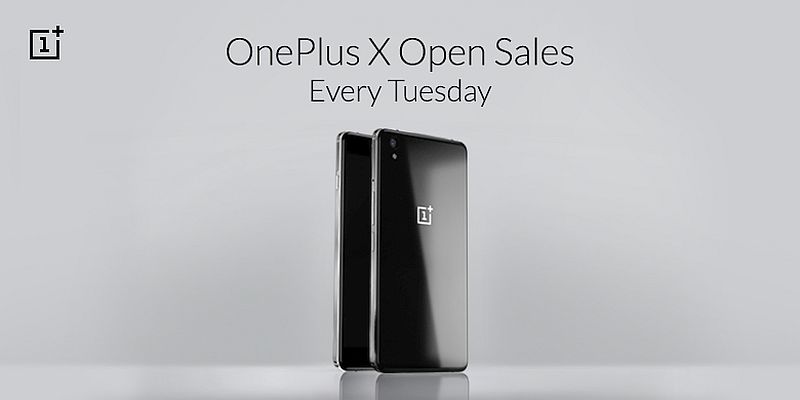 OnePlus on Monday, as promised last week, announced that its OnePlus X will be available without invites every Tuesday. The Chinese company in a tweet confirmed the news and added that the invite-free Tuesday sale for the OnePlus X smartphone begins this week. Unfortunately, the open sale on every Tuesday for the OnePlus X doesn't apply to Indian consumers, who require a country-specific invite.

OnePlus, unlike the global open sale for the OnePlus X that lasted for three days, held only one day open sale to claim the smartphone without an invite in India. The handset with the Onyx variant was launched in India in October at a price point of Rs. 16,999.

It's worth mentioning that OnePlus has been one of the companies that has been sticking with the infamous invite-only system that requires consumers to have an invite for purchasing its OnePlus One, OnePlus 2, and now OnePlus X smartphones. The company however has now for multiple times kept open sales of its smartphone for users worldwide.

To refresh, the OnePlus X features a 5-inch full-HD (1080x1920 pixels) display; powered by Qualcomm's Snapdragon 801 quad-core SoC clocked at 2.3GHz, and 3GB of RAM. Other features of the OnePlus include 16GB of built-in storage expandable via microSD card (up to 128GB), a 13-megapixel rear camera, an 8-megapixel front facing snapper, and a 2525mAh non-removable battery. The dual-SIM capable smartphone supports 4G LTE, Wi-Fi, and other standard connectivity features.