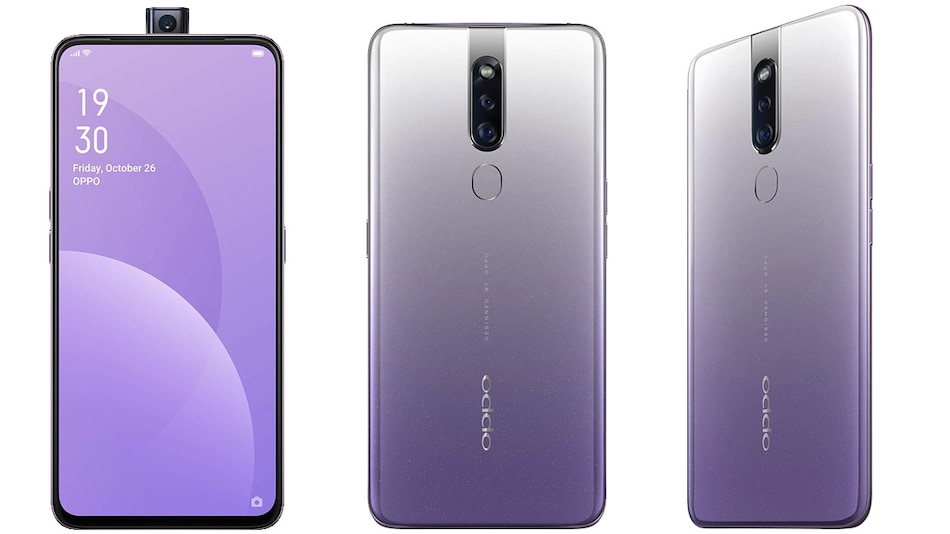 Oppo F11 Pro is receiving a stable Android 11-based ColorOS 11 update in India. The update was confirmed through a reply by ColorOS' official handle on Twitter. However, there has been no confirmation regarding the changelog or the firmware version of the update. Oppo F11 Pro was launched in March 2019 and ran Android 9 Pie-based ColorOS 6 out-of-the-box. The smartphone is powered by a MediaTek Helio P70 SoC. It sports a 6.53-inch Full HD+ display with a pop-up selfie camera.

As per a screenshot of the update tweeted by user Yogesh Kumar Pandey, the update is 2.81GB in size. It is recommended that the smartphone is updated while it is connected to a strong Wi-Fi connection and while it is put on charge. If your Oppo F11 Pro smartphone hasn't received the update yet, you can head to Setting > Software update to manually check for the update.

Oppo hasn't provided details regarding the rollout for ColorOS 11 for many of its smartphones. However, the company had earlier released a schedule for the global rollout plan for Android 11 to many of its devices.

Launched in March 2019, Oppo F11 Pro ran Android 9 Pie-based ColorOS 6. It was subsequently updated to Android 10-based ColorOS 7. It is powered by a MediaTek Helio P70 SoC, paired with 6GB of RAM and 64GB of onboard storage. It sports a 6.53-inch full-HD+ LCD screen with a pop-up selfie camera module. For optics, it has a dual rear camera setup with a 48-megapixel primary sensor with an f/1.79 lens and a 5-megapixel depth sensor. It has a 16-megapixel camera for selfies housed in a pop-up module. Oppo F11 Pro packs a 4,000mAh battery with 20W VOOC fast charging support.