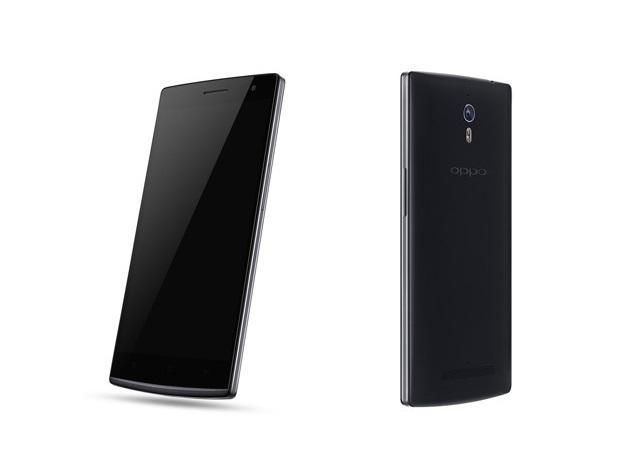 The Oppo Find 7a was launched in China in March. It comes with a 5.5-inch full-HD IPS display with a resolution of 1080x1920 pixels and offering a pixel density of 403ppi. Much like the Oppo Find 7, the Find 7a runs ColorOS 1.2, which is based on Android 4.3 Jelly Bean.

It is powered by a 2.3GHz Qualcomm Snapdragon 800 alongside 2GB of RAM. The Oppo Find 7a includes 16GB inbuilt storage with microSD card support, though no word on maximum expandable storage. It sports a 13-megapixel Sony Exmor IMX214 sensor with LED flash, while there is no word on the front camera. It packs a 2800mAh battery with Rapid Charge technology.

The Find 7 is powered by a 2.5GHz quad-core Snapdragon 801 (MSM8974AC) processor, the same found on the Samsung Galaxy S5. It also comes with 3GB of RAM and 32GB inbuilt storage with expandable storage support; however, there is no word on the maximum storage capacity on the Find 7 smartphone.

The Oppo Find 7 packs a 3000mAh battery, which the company says can charge up to 75 percent in 30-minutes thanks to the Rapid Charge technology. Connectivity options on the smartphone include Wi-Fi, Bluetooth, GPS, AGPS, USB OTG (on-the-go), 3G and 4G LTE.