Oppo Reno 7 Pro series will be available for purchase on Flipkart, Oppo has revealed. 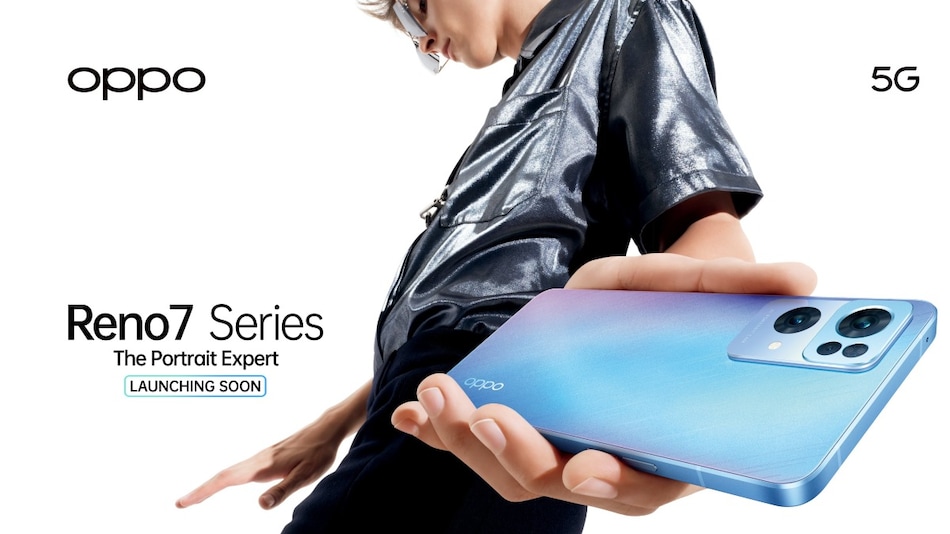 Oppo Reno 7 series India launch has been confirmed by Oppo on Twitter. The series, which features the vanilla Oppo Reno 7 5G, Oppo Reno 7 Pro 5G and Oppo Reno 7SE 5G, was launched in China last year along with some special edition handsets. Last month, the Oppo Reno 7 series price in India was tipped, and it is speculated that the phones will have the same specifications as the Chinese variants. The Oppo Reno 7 5G is powered by the Qualcomm Snapdragon 778G SoC, and the Pro model gets the MediaTek Dimensity 1200-Max SoC under the hood.

In a tweet, Oppo India says that the Oppo Reno 7 series will be launching in India soon, and confirmed via a microsite that the phones in the series will retail on Flipkart. The microsite has also revealed that the phone will get “World's first Sony IMX709 Ultra-Sensing Sensor” (32-megapixel) which has been customised by Oppo, and an 1/1.56-inch “Flagship Sony IMX766 Sensor” (50-megapixel). These sensors are present in the Oppo Reno 7 Pro smartphone. Oppo has also started teasing the Oppo Reno 7 series launch on its official website.

The Chinese company also tweeted a teaser earlier in which the text posted by Oppo India reads that the company is launching “#ThePortraitExpert”, and the short video clip accompanying the text shows a smartphone with “The Portrait Expert is Coming” and “The Most Advanced Reno Camera System Ever” written over it hinting the debut of Oppo Reno 7 5G, Oppo Reno 7 SE 5G and Oppo Reno 7 Pro 5G in India.