Five Samsung smartphones were among the top 10 best-selling 5G Android smartphones in February. 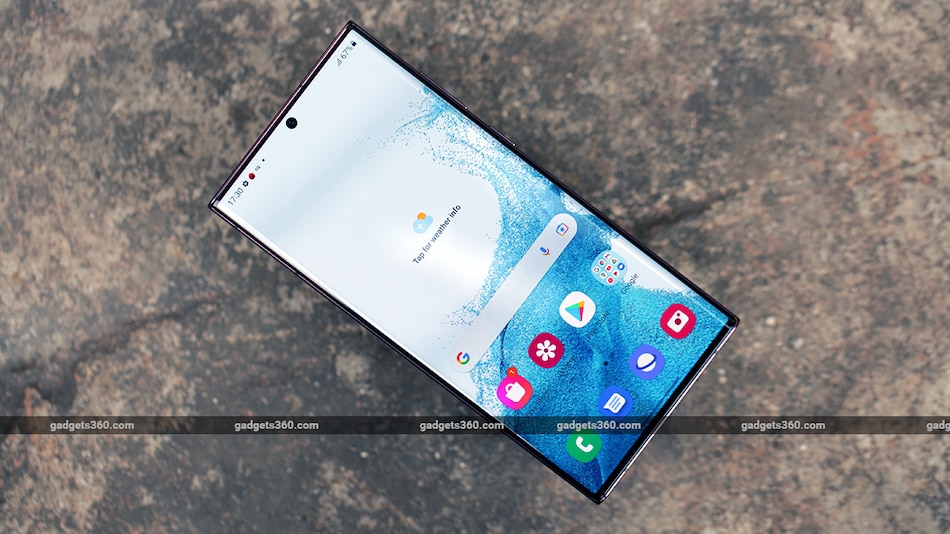 Samsung led the overall 5G Android smartphone market in terms of global sales in February, according to data shared by a research firm. The South Korean firm's Galaxy A52s 5G was the bestselling 5G capable handset, followed by the Galaxy S22 Ultra which was released in February. Meanwhile, the Galaxy S21 FE 5G, the Galaxy A32 5G and the Galaxy A22 5G were the third, fourth and tenth top selling smartphones. Smartphones from Chinese manufacturers like Honor, Vivo, Oppo, and Xiaomi were also among the best-selling handsets.

The Samsung Galaxy A52s 5G remained the best-selling handset from January 2022 — it was one of the 10 top selling smartphones for the past six consecutive months, according to the report. Thanks to sales in South Korea and the US, the Galaxy S22 Ultra, which was launched in February, was the second bestselling phone on the list and accounted for two-thirds of sales in the Galaxy S22 series.

Meanwhile, promotions in the US and sales in Germany pushed the Galaxy S21 FE to the third position, up from the 10th position in January. The Galaxy A32 5G and Galaxy A22 5G were the fourth and 10th bestselling smartphones respectively in February, due to pricing of these handsets under $250 (roughly Rs. 19,200), according to the report.

The fifth spot in the list of bestselling Android phones for February 2022 was the Oppo Reno 7 5G, which was the top selling smartphone in China during the same month. Demand for smartphones continued to remain high in China, where 5G penetration had reached 83 percent as of February, but smartphone manufacturers such as Oppo Vivo, Xiaomi and Honor are reportedly looking to expand into new markets in the Asia-Pacific (APAC) and Middle East and Africa (MEA) region.

Two of Honor's handsets also feature in the list of the bestselling handsets of February 2022 — the Honor 60 and the Honor X30, which made 30 percent of Honor's smartphone share in China. Demand for the Honor 60 kept the handset in the top five best-selling smartphones in China in February 2022. Meanwhile, the Vivo S12 and the Xiaomi Redmi K40, midrange smartphones priced around $350 (roughly Rs. 26,800) were in the seventh and eighth spots, respectively, according to the report.