Unfortunately, 4K video capture is tipped to max out at 30fps on the Pixel 4 duo. 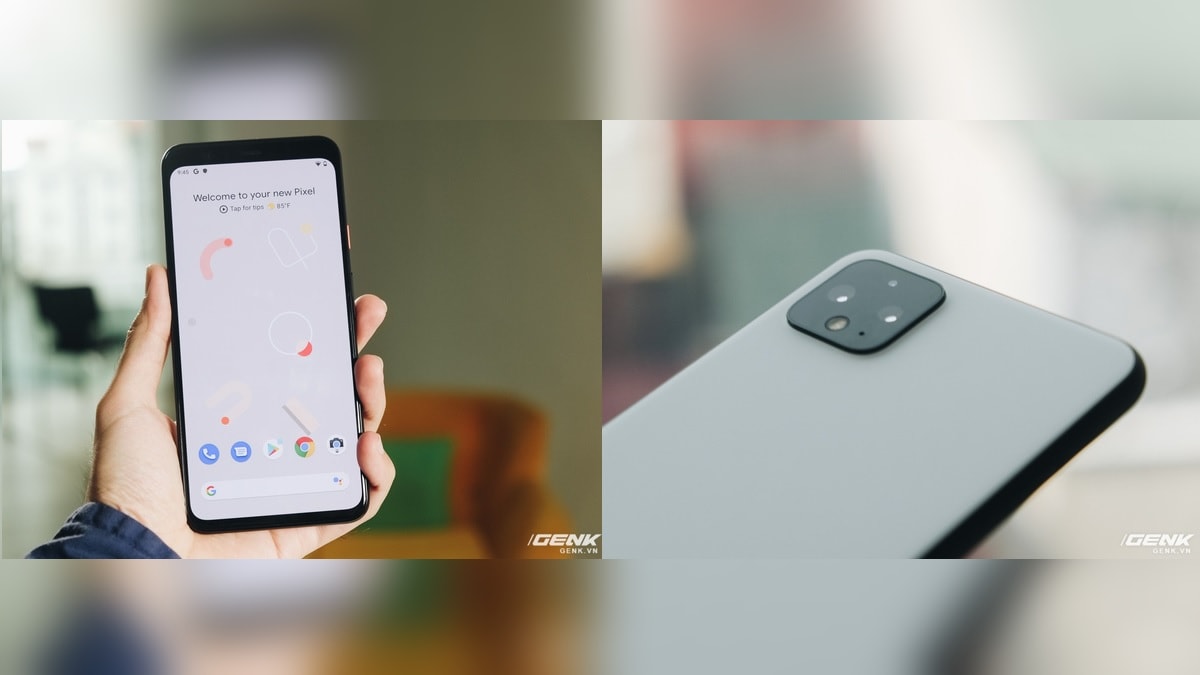 The Pixel 4 duo will reportedly flaunt a matte finish on the rear panel.

Google Pixel 4 leaks simply cease to stop. After live images, review and hands-on videos, and CPU benchmark scores were leaked, a gaming review video of the Pixel 4 XL has now surfaced. Moreover, a hands-on article detailing Pixel 4 XL's design and hardware has also made its way online. But that is not all. A storage benchmark, allegedly of the Google Pixel 4, indicates that the phone will come equipped with UFS 2.1 storage, and not the new UFS 3.0 standard found on phones like the OnePlus 7 Pro.

As for the Pixel 4 XL gaming review video, which comes courtesy of a YouTube channel named Relab, it shows the phone's white variant. While the video is in Vietnamese language, the translated English subtitles provide a rough idea of what is being talked about. Particular praise is directed at how the 90Hz display plays a role in providing a smooth gameplay experience, backed by the flagship Snapdragon 855 SoC.

The dual bottom-firing speakers are claimed to deliver an impressive audio output. The phone's thermal management is also touted to be good, as the Pixel 4 XL only got slightly warm after playing a graphics-intensive game like PUBG Mobile. The reviewer also notes that the Pixel 4 XL's rear panel has a matte finish, which indicates that Google might retain the frosted, laser-etched glass finish of the Pixel 3 duo and will apply on the Pixel 4 pair too.

Talking about the hands-on article detailing the Pixel 4 XL, it contains some high-quality images of the phone in its white colour variant that show a familiar design that we've already seen in previous leaks. The article, which was published by a Vietnamese channel named Genk.vn, states that the Pixel 4 XL's rear camera lenses don't protrude and are hidden under glass, unlike the iPhone 11 Pro duo.

The Pixel 4 XL is tipped to support dual-SIM functionality via a physical Nano-SIM card and eSIM solution. As per photos of the Pixel 4 depicted running a system information app, the phone will pack a 6.3-inch (1,440 x 3,040 pixels) AMOLED display that will be kept on by a 3,700mAh battery. The article also details other features such as Smooth Display and Smart EQ, but the Motion Sense feature was reportedly not enabled on the test unit.

There is also mention of the tweaked camera app interface, where the mode switcher has been shifted to the bottom. As per the article, it appears that Google Pixel 4 will cap the 4K video recording at 30fps, while rivals such as the iPhone 11 Pro allow 4K video recording at 60fps. The image quality snapped by the camera is also praised, but the writer rued the absence of a wide-angle camera.

Lastly, we have the leaked benchmark screenshots claiming to show the file transfer speed facilitated by the Pixel 4. The images, which were shared on Twitter, allegedly shows storage benchmark scores of the Pixel 4 whose sequential read and write speed of 655.57Mbps and 254.48Mbps are more in line with what UFS 2.1 storage delivers.

For comparison, the sequential read and write speeds recorded on the OnePlus 7 Pro with its UFS 3.0 storage stands at 1453.49Mbps and 391.31Mbps. It is, therefore, inferred that the Pixel 4 duo will pack UFS 2.1 storage, and not the faster 3.0 standard that is now making its way to flagships such as OnePlus 7 Pro. A screenshot of Pixel 4's Geekbench score is also attached, but with the flood of fake Geekbench listings, process it with a pinch of salt.