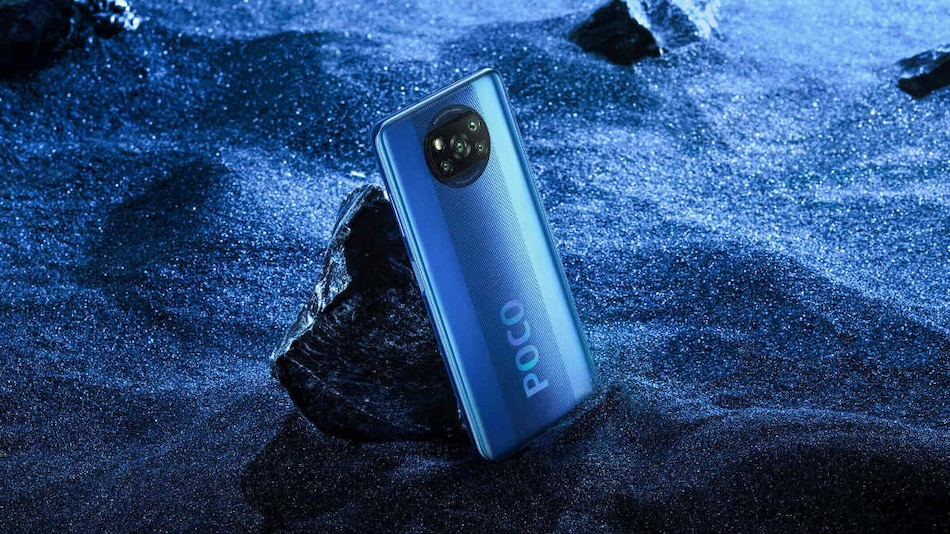 Poco X3 (above) was launched in India in September

Poco X3 Pro has been confirmed by a listing spotted on the US Federal Communications Commission (FCC) website. Reports also suggest that the smartphone has also been spotted on various benchmarking and certification websites, including the EEC, IMDA, as well as TUV, hinting at its imminent launch. As per the certifications, Poco X3 Pro specifications include dual-band Wi-Fi and NFC. The phone is said to come with 4G LTE connectivity and not 5G. Additionally, a report says that the phone has also been spotted on C-DOT CEIR website suggesting an India launch is coming soon too.

Gadgets 360 was able to independently confirm the Poco X3 Pro moniker via the FCC listing. We also confirmed Eurasian Economic Commission listing that associates Poco X3 Pro with model number M2102J20SG. A report by MySmartPrice claims that the phone has also been spotted on IMDA, EEC and TUV certifications. All these certifications reveal the same model number. Furthermore, the handset is also present at the IMEI database as well as on C-DOT CEIR, which hints at the smartphone's India launch.

As per a report by XDADevelopers, the alleged Poco X3 Pro is code-named “vayu” and “bhima”, which could be the different variants of the same base model. It claims that the handset could be powered by Qualcomm SM8150 (Snapdragon 855) SoC. The phone may come equipped with a 48-megapixel quad rear camera setup. It should be noted that there is no official information regarding this development.

Poco launched the Poco X3 in India in September with a 6.67-inch full-HD+ (1,080x2,340 pixels) display with 120Hz refresh rate. It is powered by the octa-core Qualcomm Snapdragon 732G SoC, which is paired with up to 8GB of LPDDR4X RAM. The phone has a quad rear camera setup that includes a 64-megapixel Sony IMX682 primary sensor. On the front, you get a 20-megapixel sensor with an f/2.2 lens, housed in the hole-punch cut out. The phone comes with up to 128GB onboard storage and is backed by a massive 6,000mAh battery that supports 33W fast charging.