Razer Phone Cooler Chroma features a seven-blade fan with a speed of up to 6,400rpm. 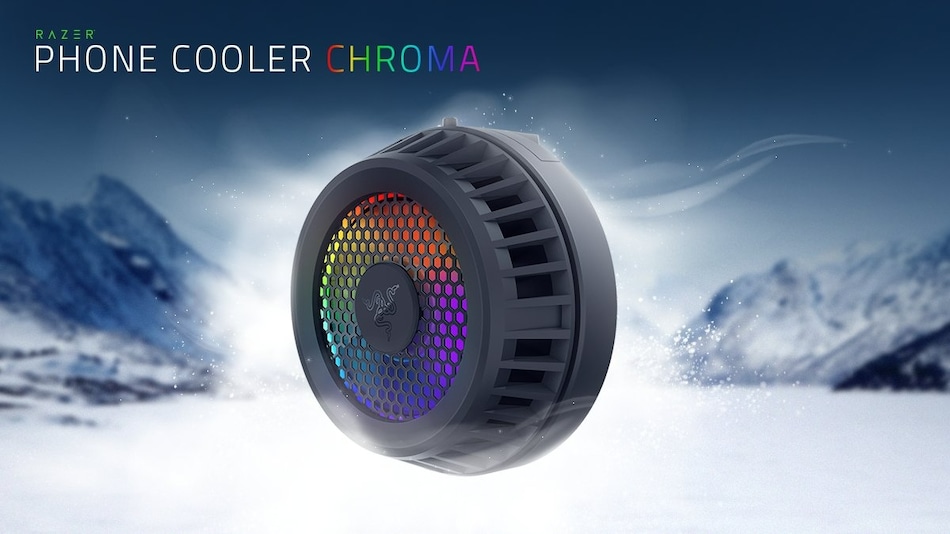 Razer Phone Cooler Chroma has been launched as a MagSafe-compatible active cooler for smartphones. It features 12 customisable RGB LED lights which are powered by the Razer Chroma technology. This technology is claimed to offer up to 16.8 million colours, dynamic in-game lighting, and more. The cooling fan can be controlled through a smartphone app via Bluetooth Low Energy (BLE) connectivity. This app lets users adjust the cooling fan's properties and customise the RGB lighting. In addition, the LED lighting is programmed to indicate pairing and power status.

The new Razer Phone Cooler Chroma is available to purchase via Razer's website and has a price tag of $59.99 (approximately Rs. 4,500).

Razer has designed this active cooler to tackle the heat generated from smartphones during intense gaming sessions. The Phone Cooler Chroma is equipped with a seven-blade fan that has a maximum rotation speed of up to 6,400rpm. The cooling fan is claimed to offer a low-noise operation with a noise profile of up to 30dB. Additionally, it features an electronic Peltier cooling tile paired with an Aluminium heat sink to draw heat away from the smartphone, which in turn is dissipated by the seven-blade fan.

Razer Phone Cooler Chroma comes in two versions. The MagSafe version of this active cooler uses magnets to keep the device in place. It has another version that features a universal clamp for Android smartphones and iPhone models which are not compatible with MagSafe technology. Despite being targeted for smartphones, this active cooler does not feature an inbuilt battery. It comes with a 1.5m USB Type-C to USB Type-C cable.

MagSafe is a proprietary magnetic attachment and power transfer technology developed by Apple, first introduced in October 2020 with the release of iPhone 12 and iPhone 12 Pro Pro.