The latest update brings new From Sunset to Sunrise option for eye comfort on Realme 5, Realme 5i, and Realme 5s. 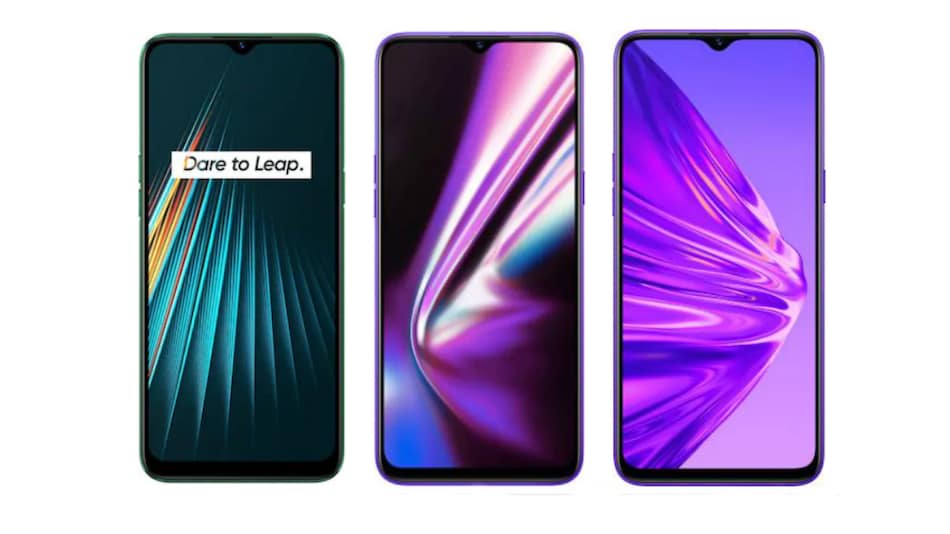 Realme 5i (left), Realme 5s, and Realme 5 (right) are receiving the update in stages

Realme 5, Realme 5i, and Realme 5s smartphones are now receiving an update that brings along the November 2020 Android security patch and few other tweaks and improvements in India. The company has confirmed that the update is rolling out now, and it should arrive on your phones in the coming days. If you haven't received a notification already, check for the update manually by going to Settings > About Phone > System Update. The Realme 5 series was launched in August last year.

The company confirmed in a press release that the latest OTA update for Realme 5, Realme 5i, and Realme 5s is now rolling out for users in India. The update is rolling out in stages so it may be a while before all users get it. It is recommended that users update their handsets under a strong Wi-Fi connection and while the phone is on charge or is sufficiently charged.

Changelog of the Realme 5, Realme 5i, and Realme 5s update shows that it brings along the November 2020 Android security patch. It also adds a toggle for displaying keyboard when entering app drawer, and a new From Sunset to Sunrise option for eye comfort has also been added. There is also a new ability to short-press the power button to turn off flashlight feature while screen is off. The update also makes improvements for taking screenshots. It has added a toggle for physical button in screenshot setting page and has optimised the interactive mode for the floating screenshot preview.