Realme 5 and Realme 5 Pro both are set to debut with a diamond-cut finish. 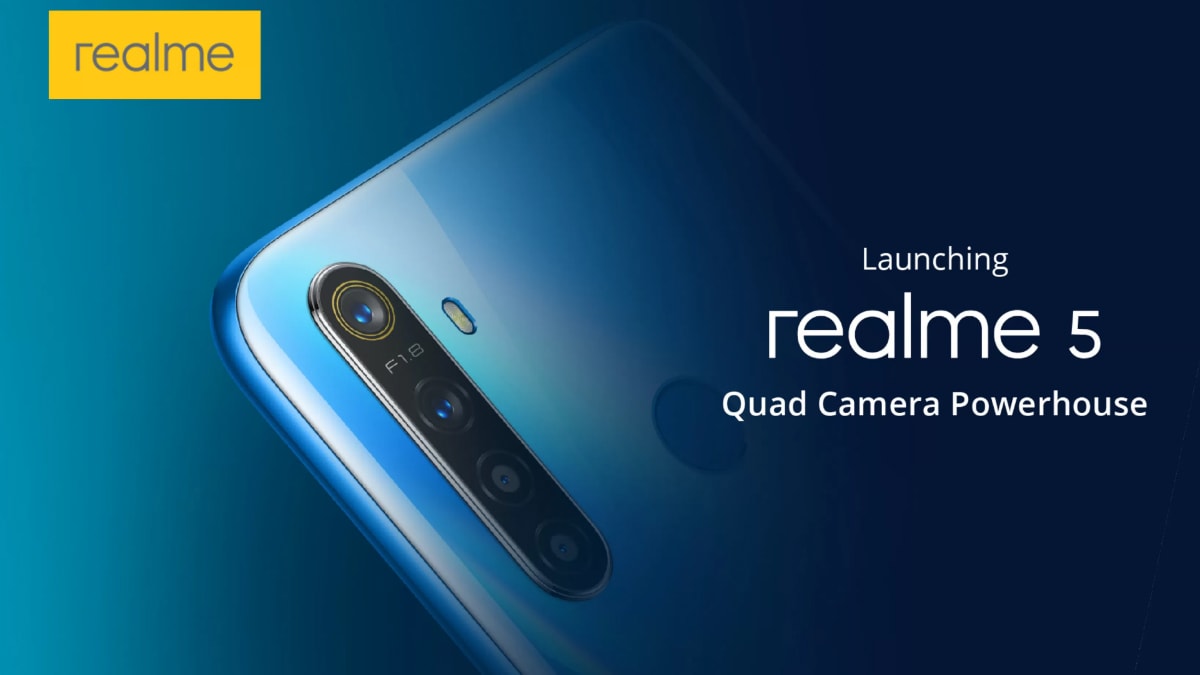 Realme will offer the Realme 5 Pro with a 119-degree wide-angle lens, 4cm focus Super Macro Lens, and a Portrait Lens, as per the microsite. Further, the phone will come with VOOC Flash Charge 3.0 technology that is touted to charge 55 percent of the battery in just 30 minutes.

The microsite of the Realme 5 Pro also highlights that there will be a "lightning fast" Qualcomm Snapdragon SoC. The Twitter account of Realme additionally teases that the phone will come with the "best mid-range chipset in its segment". This could be the Snapdragon 712 SoC.

Alongside the Realme 5 Pro, Flipkart through a separate microsite highlights the key specifications of the Realme 5. The smartphone is touted to be the world's first quad camera phone in its price segment -- sporting a primary sensor of 1.25-micron pixel size along with an f/1.8 lens. The camera setup will also have a 119-degree wide-angle lens, super macro lens, and a portrait lens.

The microsite also confirms the presence of a 5,000mAh battery. Furthermore, it shows that the phone will come with a new "best-in-segment" Qualcomm SoC. This would be the Snapdragon 665 SoC -- if we believe the recently spotted Geekbench listing.

Realme India CEO Madhav Sheth separately posted a tweet on Thursday through which he has confirmed that the Realme 5 will carry a price tag of less than Rs. 10,000 -- similar to the Realme 3 launch price that started at Rs. 8,999. Sheth's tweet also highlights the 48-megapixel quad camera Realme 5 Pro. Additionally, it underlines that the company is set to launch a powerful Qualcomm chipset for the first time in India, which could be particularly pointing towards the Realme 5 that is expected to come with the Snapdragon 665 SoC.

Xiaomi's Mi A3 also has the same Snapdragon 665 SoC, but it is arriving in India on August 21. The Realme 5, on the other hand, is debuting along with the Realme 5 Pro on August 20. Thus, Sheth's claim of launching the Qualcomm chipset for the first time in the country makes sense.

We need to wait until August 20 to see what the Realme 5 and Realme 5 Pro have to take on the competition. Meanwhile, it is safe to expect some more teasers from the company hitting the Web.