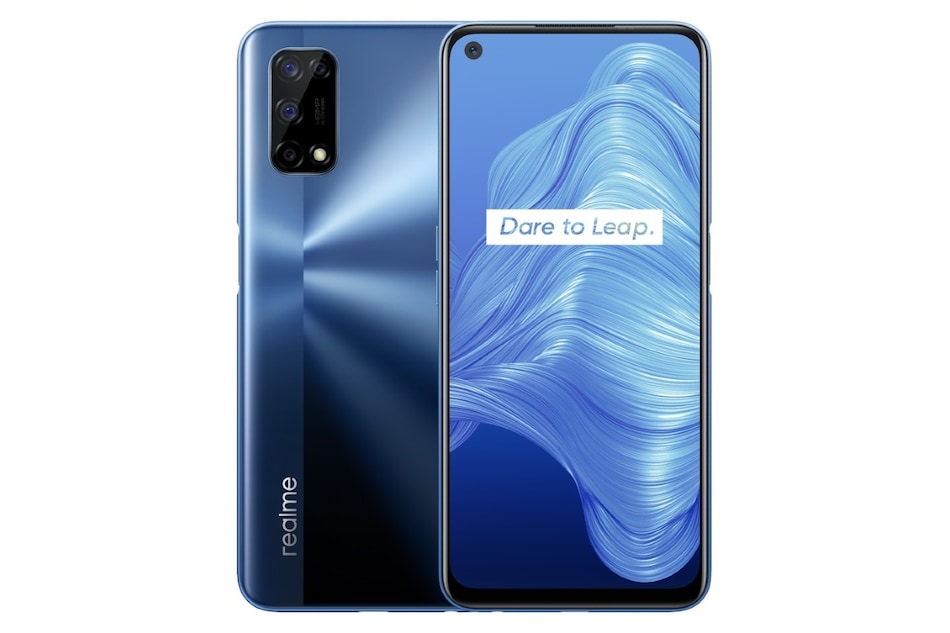 Realme V5 was launched in China in August

Realme 7 5G is likely to be the next model in the Realme 7 series that has Realme 7, 7 Pro, and 7i. While Realme hasn't officially provided any details, the new smartphone has reportedly received a certification from the National Broadcasting and Telecommunications Commission (NBTC) of Thailand. The details on the NBTC site suggests that the Realme 7 5G could just be a global variant of the Realme V5.

As initially reported by tipster Sudhanshu Ambhore, the NBTC site shows that the Realme 7 5G could carry model number RMX2111. This was previously associated with the Realme V5 that debuted in China in August.

The NBTC site doesn't provide specific details about the Realme 7 5G. However, if it were to be rebadged Realme V5, we can expect an identical list of specifications. Tipster Abhishek Yadav on Twitter has additionally leaked pricing details of the unannounced phone.

In terms of specifications, the Realme 7 5G is said to have a 6.5-inch display with a 90Hz refresh rate, a hole-punch design, and an octa-core MediaTek Dimensity 720 SoC. The phone is also tipped to come with quad rear cameras that include a 48-megapixel primary sensor, an 8-megapixel secondary sensor, along with two other 2-megapixel sensors. Tipster Abhishek Yadav also mentioned that the Realme 7 5G would come with a 16-megapixel selfie camera sensor at the front. Furthermore, the smartphone is said to have a 5,000mAh battery with 30W fast charging, side-mounted fingerprint sensor, 3.5mm headphone jack, and 9.1mm of thickness. All these specifications are identical to those of the Realme V5.

Google Maps Timeline Getting a New Trips Tab on Android, Shows a Summary of Past Vacations