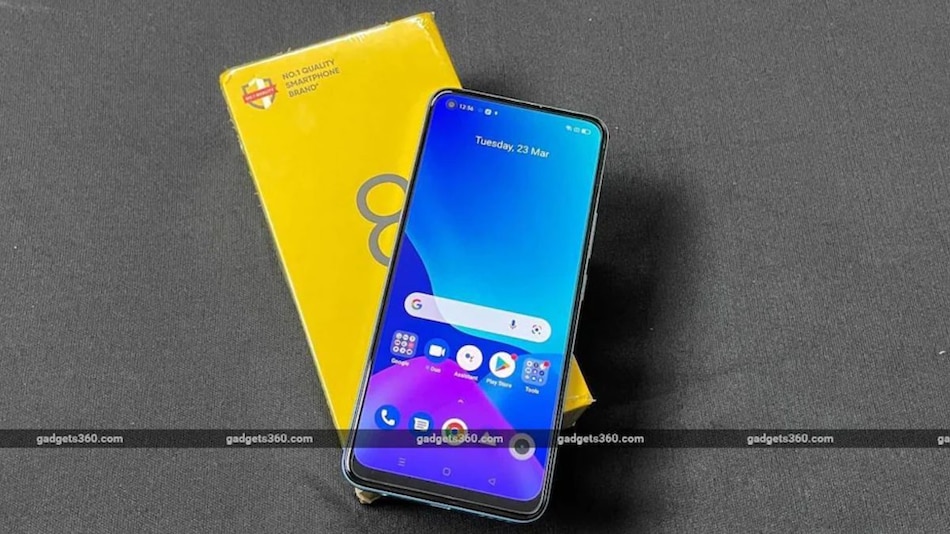 Realme 8 Pro is getting its second firmware update in India. It brings April 2021 Android security patch, which is interesting because Google's Pixel phones haven't received the latest security patch yet. The update also gets some optimisations in the camera department and brings VoWiFi support for Vi (Vodafone Idea) to the Indian units. The smartphone made its debut in India on March 24 with full-HD+ Super AMOLED display and fast charging support. It sports a quad rear camera setup that comprises a 108-megapixel primary sensor.

As per the changelog of the update received on our Realme 8 Pro review device, the new firmware carries version number RMX3081_11_A.27. This is the second major software update from Realme after a build with version RMX3081_11_A.24 was rolled out even before the phone was launched in India. The latest update is 329MB in size and brings the April 2021 Android security patch that Google's own Pixel handsets haven't received. Recently, a report suggested that Samsung Galaxy S21, Galaxy S21+, and Galaxy S21 Ultra are getting the April 2021 Android security patch.

Furthermore, the Realme 8 Pro update brings along some improvements and optimisations in the camera app. Firstly, it adds Hyper Motion Slo-Mo mode to the smartphone's rear camera. The watermark style gets an update as well. The update also mentions that the flicker issue of taking photos with the rear camera, and the probabilistic colour shifts have also been fixed. It also adds VoWiFi support for Vi (Vodafone Idea) and brings system-level optimisations as well.

Realme 8 Pro runs Android 11–based Realme UI 2.0, and is powered by the Qualcomm Snapdragon 720G SoC, paired with Adreno 618 GPU. The smartphone packs a quad rear camera setup that includes a 108-megapixel Samsung ISOCELL HM2 primary sensor, an 8-megapixel sensor with an ultra-wide-angle lens, a 2-megapixel macro shooter, and a 2-megapixel black and white sensor. At the front, there is a 16-megapixel camera. Recently, Realme India and Europe CEO Madhav Sheth confirmed that Realme 8 series in India will get 5G variants soon.