Realme 8 Pro did not show any “catastrophic damage” when it was manually bent. 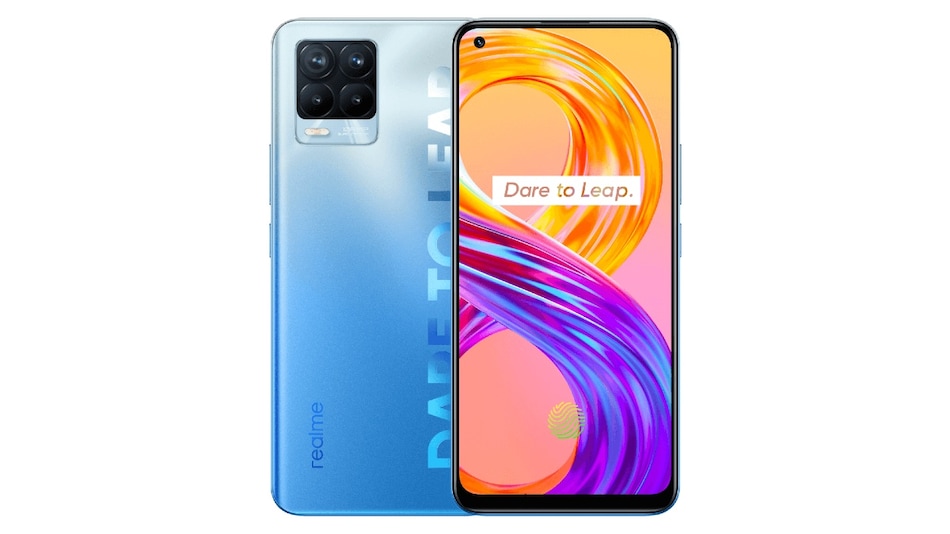 Realme 8 Pro was put through JerryRigEverything's durability tests and it passed without having any catastrophic damage. However, the major takeaway of the test was that the smartphone's back is made of plastic and can easily get scratched if you keep it with a sharp object in your pocket. The flame test also did not cause the screen to malfunction. The smartphone was launched on March 24 with full-HD+ Super AMOLED display and fast charging support. It comes with a quad rear camera setup, headlined by a 108-megapixel primary sensor.

The video posted by Zack Nelson, popularly known as the host of YouTube channel JerryRigEverything, shows the durability of Realme 8 Pro smartphone. On the whole, the phone held up under JerryRigEverything's durability tests that involved testing the scratch resistance of the display, its structural rigidity, and the screen's durability under direct heat. However, being a budget device with loads of features, the back and chassis of the smartphone are plastic that make it extremely prone to scratches. The camera module is also plastic, but the camera itself is protected by glass. Realme is giving away a silicon back cover to protect the phone.

The Mohs hardness scale test shows that Realme 8 Pro gets scratches at level six with deeper grooves at level seven. Glass typically scratches at level five or six, which essentially means that the phone performed as it was expected to. Scratching the area just above the in-display fingerprint scanner did not affect the scanner's performance, as per the video. Apart from the chassis and back, the earpiece also has a plastic grille.

Next up was a burn test in which the flame from a lighter was held directly at the screen. Realme 8 Pro held up for 24 seconds of direct flame. In the final structural rigidity test, Nelson did “hear a crack,” however, there was nothing noticeable on the outside. Furthermore, the phone did not break or lose its shape, and there were no gaps in the screen and body of the phone after the test.