Realme 8 Pro was launched last month in India, along with Realme 8. 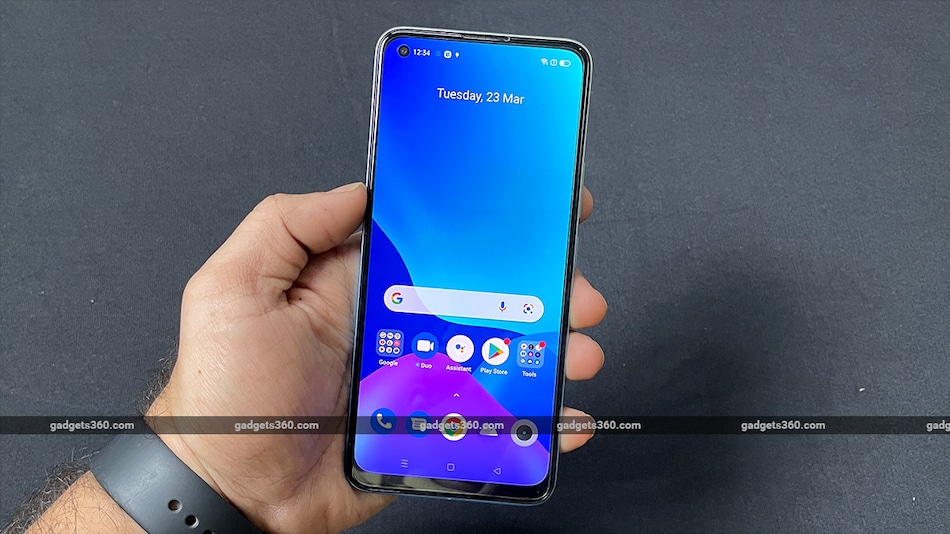 Realme 8 Pro is powered by a Snapdragon 720G SoC

Realme 8 Pro is reportedly receiving an update in India to fix camera, fingerprint sensor, and other issues. There has been no confirmation as to when the other regions will get the update. The smartphone had received April 2021 android security patch with an earlier updata. Realme 8 Pro was launched in India on March 24 along with Realme 8. It is powered by Snapdragon 720G SoC and features a 6.4-inch full-HD+ AMOLED display with a 60Hz refresh rate.

According to a report by RM Update, Realme 8 Pro is receiving another update in India that brings more improvements to the camera as it has optimised the steady effect in video recordings from the rear camera. Additionally, Realme has fixed fingerprint unlock being slow while the screen is off, fixed network issues, and also improved the low battery condition where the smartphone used to lag.

The update has the firmware version RMX3081_11_A.28 and is 276MB in size, as per thr report. We've reached out to Realme to comment on the rollout, and will update this space when we hear back. It is advisable to update the smartphone while it is charging and is connected to Wi-Fi. If you want to check for the update manually, head to Settings > Software Update > Download and Install. Earlier this month, Realme 8 Pro received an update (RMX3081_11.A.27) in India that brought along improvements to the camera, VoWiFi support for Vi (Vodafone Idea) as well as the April 2021 Android security patch.

Realme 8 Pro was launched late last month and runs Android 11-based Realme UI 2.0. It sports a 6.4-inch full-HD+ AMOLED display with a 60Hz refresh rate and hole-punch cutout for the selfie camera. Under the hood, it is powered by a Snapdragon 720G SoC paired with an Adreno 618 GPU. It has up to 8GB of RAM and 128GB of onboard storage. For optics, it has a quad rear camera setup with a 108-megapixel primary sensor an 8-megapixel ultra-wide angle camera, a 2-megapixel black and white camera, and a 2-megapixel macro camera. For selfies, it has a 16-megapixel sensor. It packs a 4,500mAh battery with 50W SuperDart Charge fast charging capabilities.