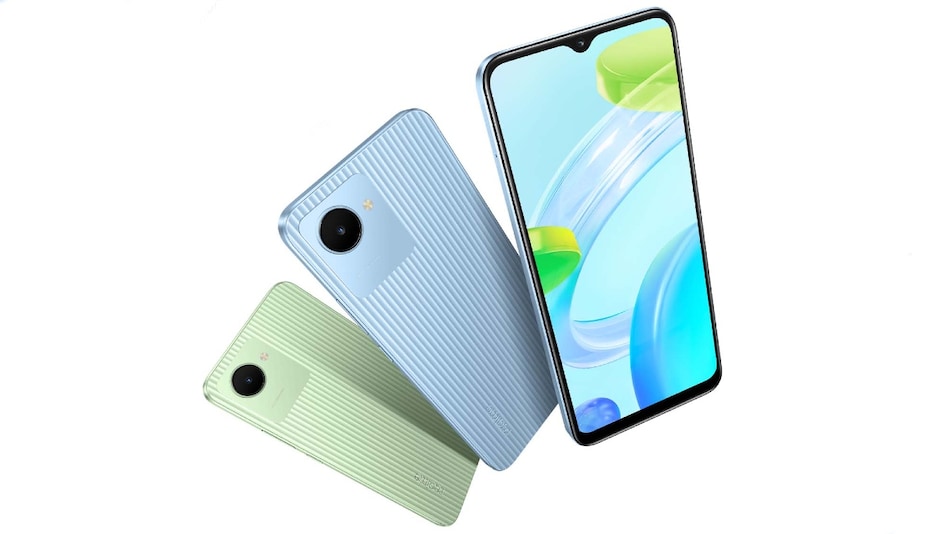 Realme C30 was launched in India on Monday as the company's latest budget Android phone. The new Realme phone comes with a 20:9 display and is powered by an octa-core Unisoc SoC. The Realme C30 also includes up to 3GB of RAM. Other key highlights of the phone include up to 1TB storage expansion as well as three distinct colour options. The Realme C30 will compete against the likes of the Redmi 10A, Tecno Spark Go 2022, and the Samsung Galaxy A03 Core.

Realme C30 price in India starts at Rs. 7,499 for the 2GB RAM variant and go up to Rs. 8,299 for the 3GB model. The phone comes in Bamboo Green, Denim Black, and Lake Blue colours and will go on sale starting 12pm (noon) on June 27. It will be available for purchase through Flipkart, Realme.com, and offline retail channels in the country.

The Realme C30 runs Android 11 (Go edition) with Realme UI Go Edition and features a 6.5-inch HD+ (720x1,600 pixels) display with a 20:9 aspect ratio and an 88.7 percent screen-to-body ratio. The phone comes with an octa-core Unisoc T612 SoC clocked at 1.82GHz, along with up to 3GB of RAM. The Realme C30 comes with a single, 8-megapixel rear camera, paired with an LED flash. The camera also includes support for an HDR mode.

For selfies and video chats, the Realme C30 comes with a 5-megapixel selfie camera sensor at the front.

The Realme C30 carries 32GB of onboard UFS 2.2 storage as standard that supports expansion via microSD card (up to 1TB) through a dedicated slot.

Connectivity options on the Realme C30 include 4G LTE, Wi-Fi, Bluetooth v5.0, GPS/ A-GPS, Micro-USB, and a 3.5mm headphone jack. Onboard sensors include an accelerometer, ambient light, and a proximity sensor.