Realme Narzo 30A Tipped to Come With Helio G85 SoC, Android 10 via Geekbench

Realme Narzo 30A Geekbench listing suggests the phone will run on the dated Android 10 software. 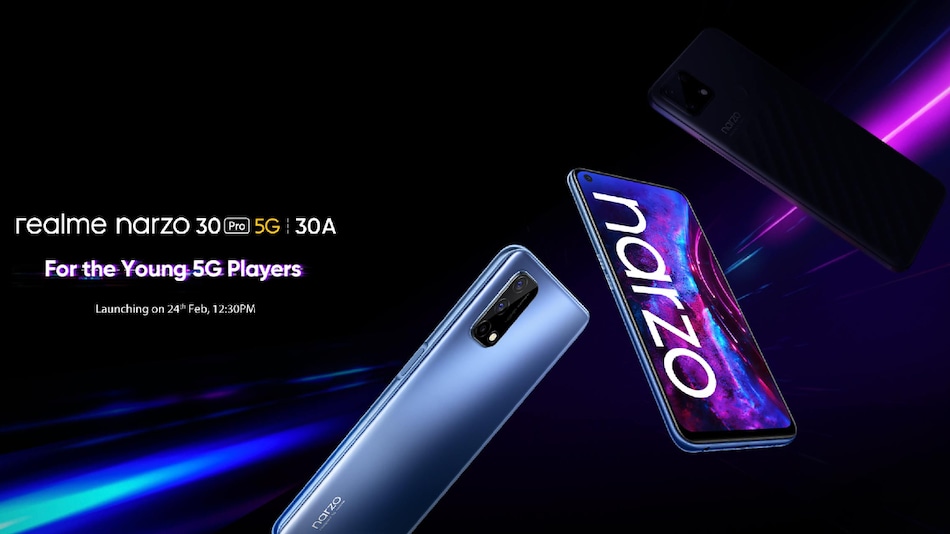 Realme Narzo 30A is listed to pack 4GB of RAM

The Realme Narzo 30A has been spotted on Geekbench with the model number RMX3171. This model number has been associated with the Realme Narzo 30A. The phone has been reportedly spotted with RMX3171 model number on NBTC certification and BIS certification sites as well. The Geekbench listing suggests that the phone may run on the dated Android 10 software and be powered by the MediaTek Helio G85 octa-core SoC clocked at 1.8GHz. It is listed to pack 4GB of RAM and achieves a single-core score of 368 points and a multi-core score of 1,296 points.

Past leaks claim that the Realme Narzo 30A may feature a 6.5-inch display with a waterdrop-style notch and a dual rear camera setup with a 13-megapixel main sensor. The phone is tipped to feature an 8-megapixel front camera and pack a 6,000mAh battery with 18W fast-charging support. It is expected to come in Black and Light Blue colour options. As mentioned, the Realme Narzo 30A may come with a rear fingerprint sensor.