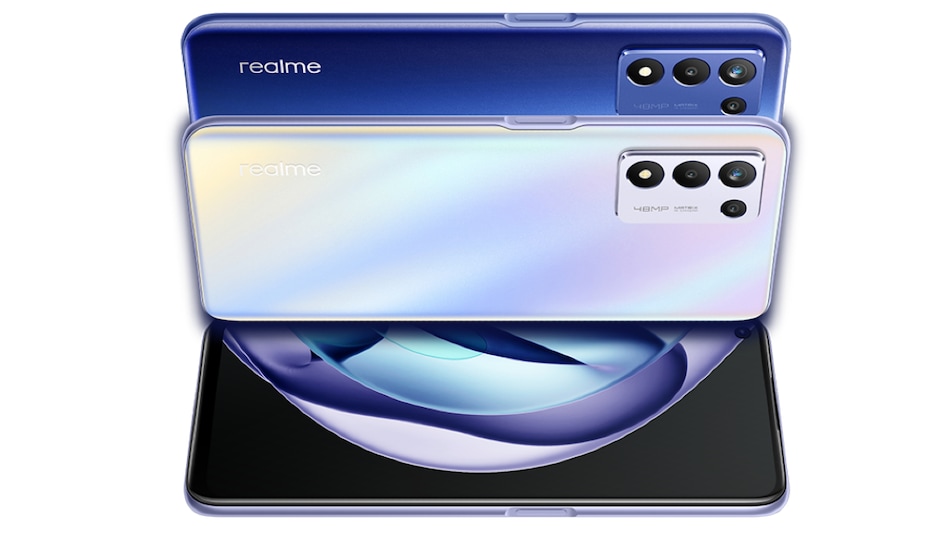 Realme Q3s could be making its debut in the Indian market soon. The launch details are yet to be officially announced by the Chinese smartphone maker, but the Realme Q3s handset has reportedly received certification from the Bureau of Indian Standards (BIS), hinting that it may arrive in the country soon. Realme introduced Realme Q3s in China alongside Realme GT Neo 2T in October last year. Realme Q3s features a 144Hz variable refresh rate and is powered by a Qualcomm Snapdragon 778G SoC. It has a 5,000mAh battery with 30W fast charging support.

Tipster Yash (@i_hsay) spotted a Realme Q3s handset on BIS with model number RMX3461. According to the tipster, the handset may launch in India as Realme Narzo 50 Pro 5G. However, there is no clarity on when the Realme smartphone will launch in India. The company has not shared any information regarding Realme Q3s's India variant yet.

The Realme Q3s smartphone is powered by a Qualcomm Snapdragon 778G SoC paired with up to 8GB of RAM and up to 256GB of storage.

Realme has packed a triple rear camera unit on Realme Q3s. It is led by a 48-megapixel primary sensor. The phone packs a 5,000mAh battery with 30W fast charging support.