The new white glossy gradient finish will be up for pre-order from tomorrow midnight. 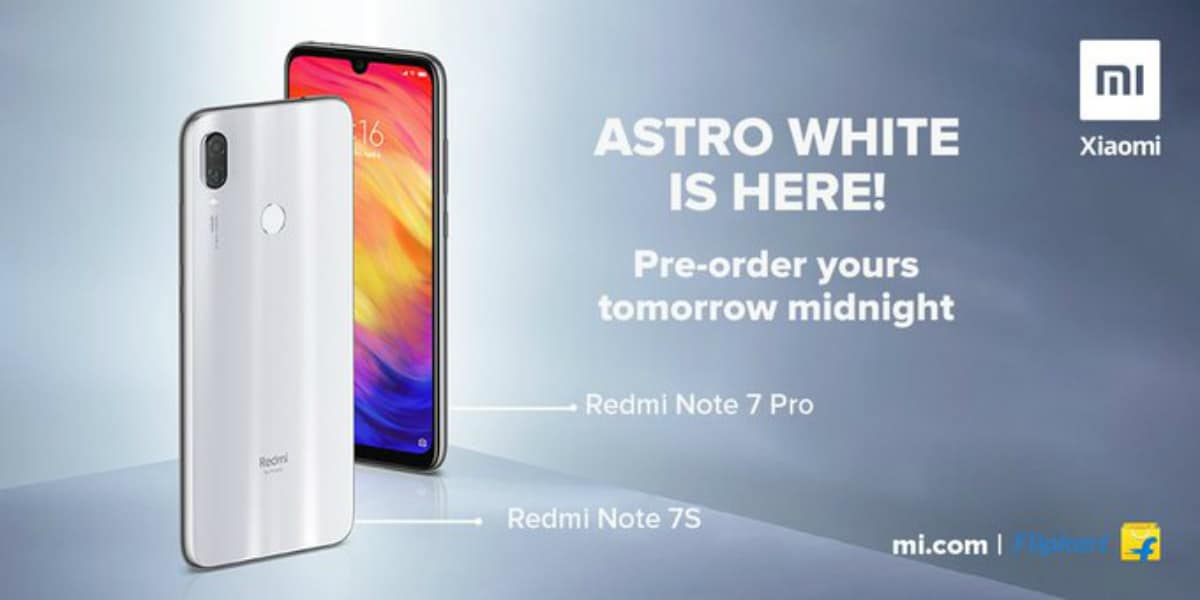 Xiaomi's Redmi India handle took to Twitter to announce the arrival of the Astro White colour variant of the Redmi Note 7S and Redmi Note 7 Pro. Just before the announcement, Xiaomi released a video teaser that had an astronaut in space, snow-covered pine trees, a white tiger, a woman dressed in white underwater, a white owl, a cricketer wearing his whites and catching the ball, a person skiing on snow-capped mountains, and a white cat wearing blue-tinted shades – all the montages hinting at the imminent white colour variant launch. Soon after, Xiaomi announced that the Redmi Note 7S and Redmi Note 7 Pro will be available in Astro White option on Flipkart and Mi.com both. The pre-order for this new model will start from midnight tomorrow.

As mentioned, this model was called ‘Mirror Flower Water Moon' in China. Apart from this new model, the Redmi Note 7S is also listed in Onyx Black, Ruby Red, and Sapphire Blue colour options in India, while the Redmi Note 7 Pro can be purchased in Neptune Blue, Nebula Red, and Space Black variants.

In terms of optics, the Redmi Note 7S sports a dual rear camera setup that consists of a 48-megapixel primary sensor along with an f/1.8 lens and a 5-megapixel secondary sensor. There is also a 13-megapixel sensor at the front that supports AI Portrait mode and AI Face unlock.

On the storage front, the Redmi Note 7S has 32GB and 64GB of onboard storage options that both are expandable via microSD card (up to 256GB). Connectivity options include 4G VoLTE, Wi-Fi 802.11ac, Bluetooth v5.0, GPS/ A-GPS, USB Type-C port, and a 3.5mm headphone jack. Sensors on the Redmi Note 7S include an accelerometer, ambient light sensor, distance sensor, electronic compass, fingerprint sensor, and an infrared sensor.

On the optics front, the Redmi Note 7 Pro carries a dual rear camera setup that includes a 48-megapixel primary sensor with an f/1.79 lens and a 5-megapixel secondary depth sensor. There is also a 13-megapixel sensor at the front for selfies and video chat.

The Redmi Note 7 Pro has 64GB and 128GB of internal storage options. Connectivity options on the phone include 4G VoLTE, Wi-Fi 802.11ac, Bluetooth v5.0, GPS/ A-GPS, USB Type-C port, and a 3.5mm headphone jack. There is also a fingerprint sensor at the back. Besides, the handset packs a 4,000mAh battery that supports Quick Charge 4.0.