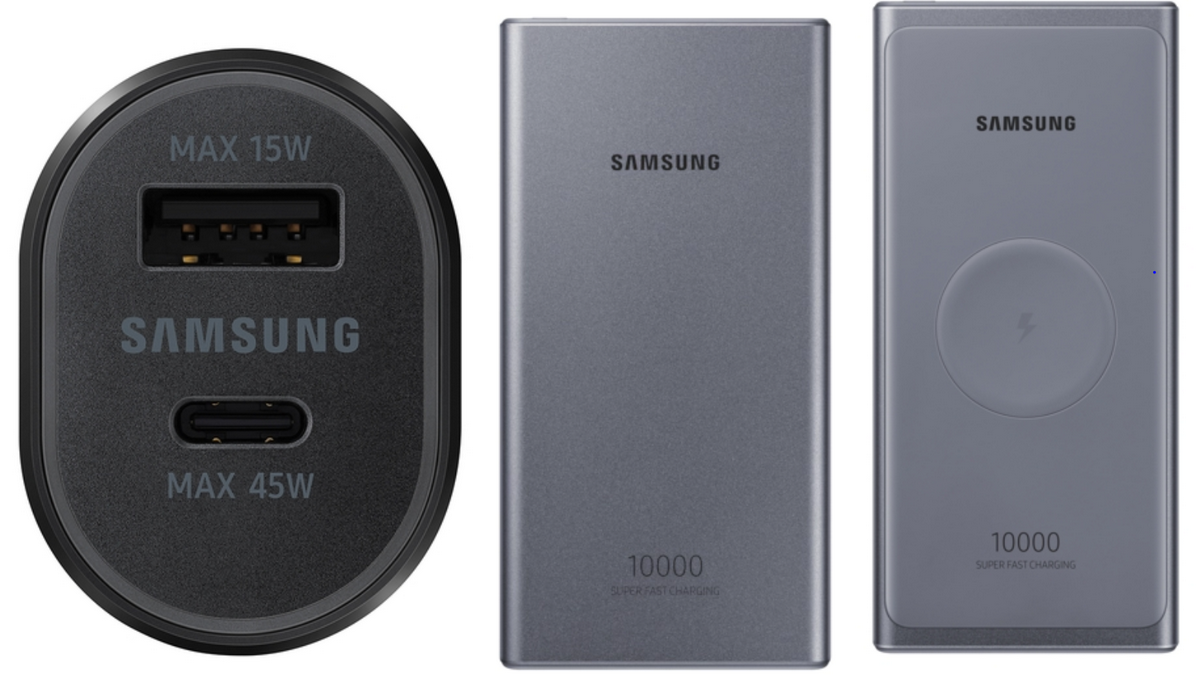 Samsung has silently added a few interesting products in its official store page. Two of these are 10,000mAh power banks with 25W charging support and the third is a 45W dual car charger. One of the power banks supports wireless charging while the other does not. Both are listed in the same colour, ‘Silver'. The car charger, on the other hand, is black in colour and has one USB Type-A and one USB Type-C port, of which, the former supports a maximum of 15W while the latter supports 45W charging.

Another difference between the two power banks besides wireless charging support is the presence of two Type-C ports on the 25W Wireless Portable Battery. The other power bank, listed as 25W Portable Battery, has a Type-A port in place of the second Type-C port. Whether or not the Type-A port supports 25W charging is currently unknown. According to the store listing, the 25W wireless power bank is priced at $79 (roughly Rs. 5,600). None of the other products have their price listed as of now.

The standard 25W Samsung power bank (without wireless charging) has overcurrent and overvoltage protection. You can also charge a phone and the power bank itself at the same time with pass through charging. It is also compatible with power delivery (PD) and Quick Charge standards up to 25W.

Coming to the 45W car charger, there are only two Samsung phones, the Galaxy Note10+ and the newly released Galaxy S20 Ultra 5G, which support 45W fast charging. It connects to the standard 12V socket in your car and two people can charge their phones simultaneously.

Realme X50 Pro 5G to Be Unveiled During an Online Launch Event as MWC 2020 Gets Cancelled
Is Realme C3 Price Likely to Usher in a Budget Smartphone Revolution?