Samsung Galaxy A14 is expected to feature a 6.58-inch full-HD+ display. 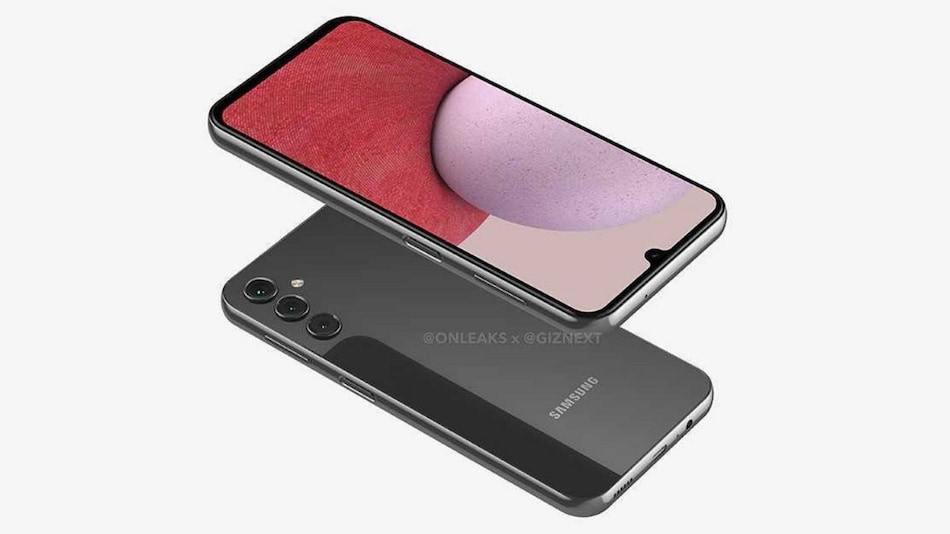 Samsung Galaxy A14 renders and specifications have surfaced online suggesting that a launch could be imminent. The leaked renders suggest the design of the smartphone and also offers a look at some of its features such as the rear camera setup. As per the renders, the phone appears to offer a triple rear camera setup, a 3.5mm headphone port, and a side-mounted fingerprint scanner. The smartphone is expected to arrive in 2023. Last month, a report had suggested that Samsung has already begun testing several new A series phones including the Galaxy A14.

New renders from prolific tipster Steve Hemmerstoffer (@onleaks), in collaboration with Giznext, suggest the design of the upcoming Samsung Galaxy A14 smartphone. The leaked renders show that the Galaxy A14 design is similar to its predecessor, the Galaxy A13. However, a couple of design differences can be spotted. The display now appears to have an Infinity-U notch instead of the Infinity-V notch found on the predecessor.

The Samsung Galaxy A14 also appears to have a triple rear camera setup instead of the quad unit found on the Galaxy A13, as per the renders. The South Korean manufacturer is expected to offer improved sensors on the new phone. The renders also suggest that the phone will come with a side-mounted fingerprint sensor, a 3.5mm headphone port, a USB Type-C port, and a bottom firing speaker.

According to the tipster, the new smartphone will come with a 6.8-inch full-HD+ LCD display and may offer support for 5G connectivity. The Galaxy A14 is said to measure 167.7 x 78.7 x 9.3mm. More details of the handset should be available in the coming months.

Recently, a report had suggested that several new Samsung Galaxy A series phones had entered the testing phase. These handsets included the Galaxy A14, along with the Galaxy A34, and Galaxy A54. The new phones are said to launch in 2023.