Samsung Galaxy A54 5G is tipped to sport a 6.4-inch display. 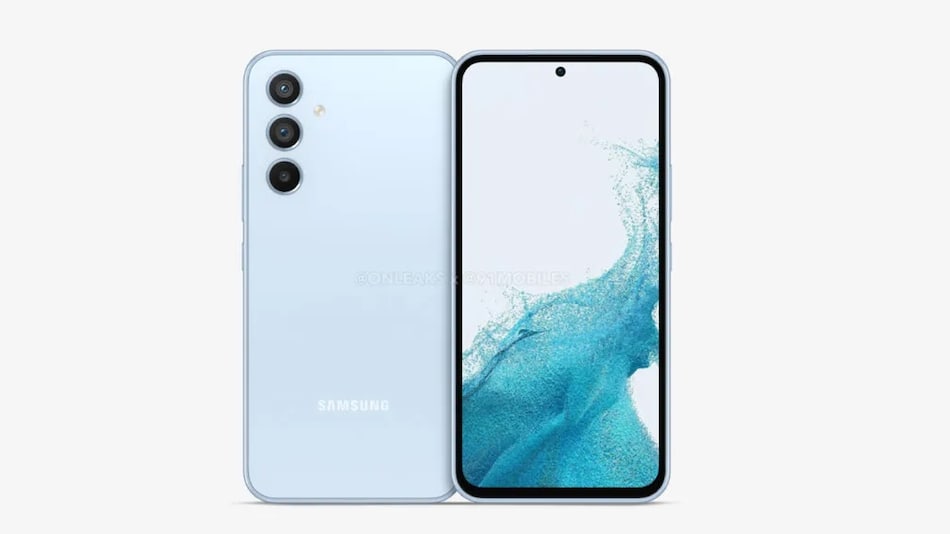 Samsung Galaxy A54 5G renders, along with a 360-degree video have been leaked online, giving users an insight into the design and specifications of the upcoming smartphone. The handset is tipped to sport a 6.4-inch display along with a hole punch cutout in the centre for the selfie shooter. The handset is expected to house a triple rear camera setup along with an in-screen fingerprint sensor. The smartphone from the South Korean company has been hinted to launch by early 2023. Previous reports had indicated that the handset will come with 25W fast charging support among other features.

Tipster Steve Hemmerstoffer (Twitter: @OnLeaks) in collaboration with 91Mobiles leaked the 5K renders a 360-degree video of the upcoming Samsung Galaxy A54 5G. As mentioned earlier, the smartphone has been tipped to sport a 6.4-inch display. The handset is said to feature a centre-aligned hole punch display cutout which could house the selfie camera.

Additionally, the Samsung Galaxy A54 5G is said to come with a triple rear camera setup combined with an in-display fingerprint sensor. Samsung is yet to announce any details of the purported Galaxy A54 5G handset.

Back in April, a report hinted that the Samsung Galaxy A54 5G would come with four image sensors featuring a 64-megapixel primary camera, along with a 12-megapixel ultra-wide sensor, a 5-megapixel depth sensor, and a 5-megapixel macro lens. For selfies, the smartphone could feature a 32-megapixel selfie snapper.

To recall, the Samsung Galaxy A54 5G has been tipped to make its debut in early 2023. A recent report had also indicated that the Samsung Galaxy A54 5G with model number SM-A5460 was spotted on China's 3C certification website. The smartphone is tipped to offer support for 9.0VDC/ 2.77A charging indicating a maximum charging speed of 25W. The handset could be sold without a charger, and is listed to offer 5G connectivity.

The upcoming Galaxy A54 5G with model number SM-A546B is also tipped to be powered by a mid-range Exynos SoC. As previously mentioned, Samsung is yet to announce any details of the purported Galaxy A54 5G smartphone.