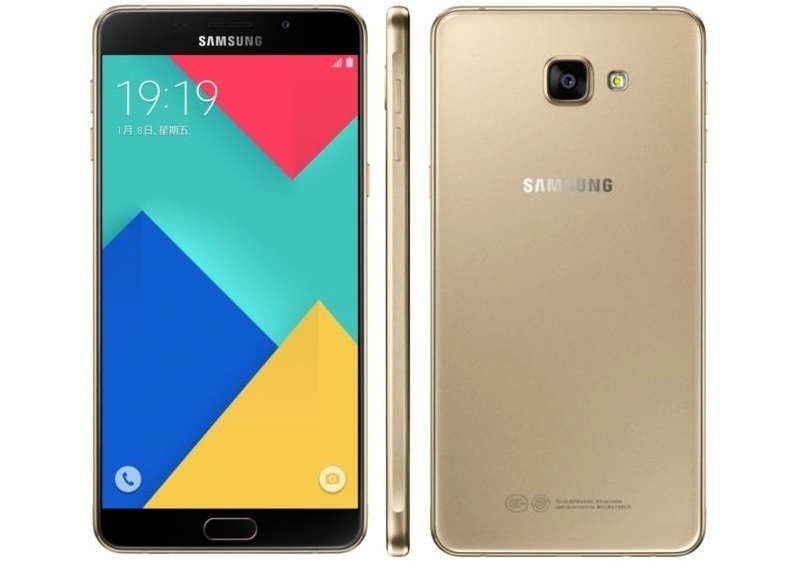 The Samsung Galaxy A9, the company's premium smartphone in the A-Series, is now available to buy in China at a price tag of CNY 3,199 (roughly Rs. 32,500). For now only the Gold colour variant is available to buy.

Listed on the Samsung China website, the Galaxy A9 smartphone is not available in White and Pink colour variants as of now. The company is yet to reveal the pricing and availability details of the handset outside China.

The dual-SIM dual-standby supporting Galaxy A9 (2016) handset sports the same metal frame and glass body design as seen in other premium Galaxy handsets such as Galaxy Note 5, Galaxy S6. It features a 6-inch full-HD (1080x1920 pixels) resolution Super Amoled display with 2.5D curved glass and a calculated pixel density of around 367 ppi. Samsung also boasts about the minimal 2.4-mm display bezel on the handset.

The Galaxy A9 (2016) is powered by a 64-bit octa-core Qualcomm Snapdragon 652 SoC, formerly known as Qualcomm Snapdragon 620 clocked at 1.8GHz, clubbed with Adreno 510 and 3GB of RAM. The smartphone houses 32GB of inbuilt storage, which can be expanded via microSD card (up to 128GB).

On the camera front, the Samsung Galaxy A9 bears a 13-megapixel rear autofocus camera with LED flash, f/1.9 aperture, and optical image stabilisation (OIS). Also included is an 8-megapixel front-facing camera with few specific modes such as wide selfie mode, self-portrait mode, palm selfie mode and others. As seen in majority of the Galaxy devices, the Galaxy A9 (2016) camera app can be fired by double pressing the home button, which also houses a fingerprint sensor with Samsung Pay support.

One of the highlights of the Samsung Galaxy A9 is its 4000mAh battery that also supports Qualcomm Quick Charge 2.0 tech. For reference, the Galaxy A7 (2016) was backed by a 3300mAh battery. Connectivity features housed inside the smartphone are Bluetooth v4.1, GPS, Beidou, NFC, Wi-Fi, and USB 2.0. It will be available in White, Gold, and Pink colour variants.