Samsung Galaxy S5 to be launched at low-key event, without QHD display: Report 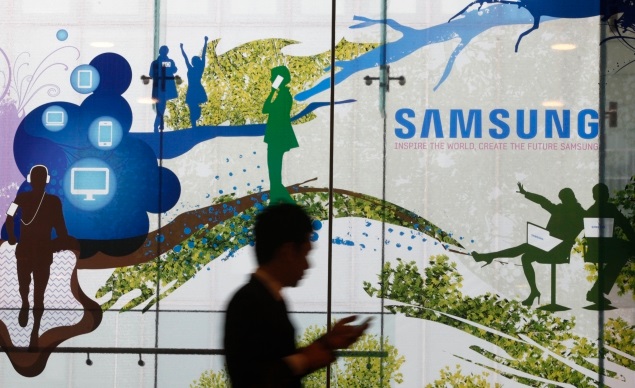 Samsung's next flagship smartphone will indeed be dubbed Galaxy S5, and will be launched at the MWC event the company has scheduled, reveals a new report, which also makes some other claims that contradict previous rumours about the phone's specifications.

Eric Pfanner of the New York Times in a report has shed some plans of the South Korean major and has claimed that the Galaxy S5 unveiling will apparently be a low-key event citing an insider with knowledge of Samsung's plans.

Samsung has already sent media invites for its "UnPacked 5" event, where the company is said to unveil the next Galaxy flagship smartphone at the sidelines of MWC 2014 on February 24 in Barcelona.

According to the report, Samsung Galaxy S4's underperformance in terms of sales, despite of a flashy launch in New York last year has been a reason for the company to go for a toned-down event.

Further, the report claims that the Samsung Galaxy S5 will come with design upgrades and other enhancements in the camera and processor department. Contradicting earlier reports that have been claiming that the Galaxy S5 will sport a Quad HD display, Pfanner claims that the device will not feature such a display and also claims that no eye-scanner feature will be introduced by Samsung.

The Galaxy S5 is also said to feature upgraded Knox security software which is expected to be targeted for business users. However, a recent report suggested that BlackBerry Enterprise Service is safer than Samsung Knox software.

Rumoured specifications of the Galaxy S5 include a 5.24-inch AMOLED screen with a QHD (2560 x 1440 pixels) resolution; two storage variants- 32GB/64GB; two processor variants - Exynos 6 and Snapdragon 805, and a 3200mAh battery. The optics rumoured for the Galaxy S5 include a 16-megapixel rear camera, and a 3.2-megapixel front-facing shooter. The Galaxy S5 is widely expected to feature the fingerprint scanner which is said to be integrated into the device's display panel.