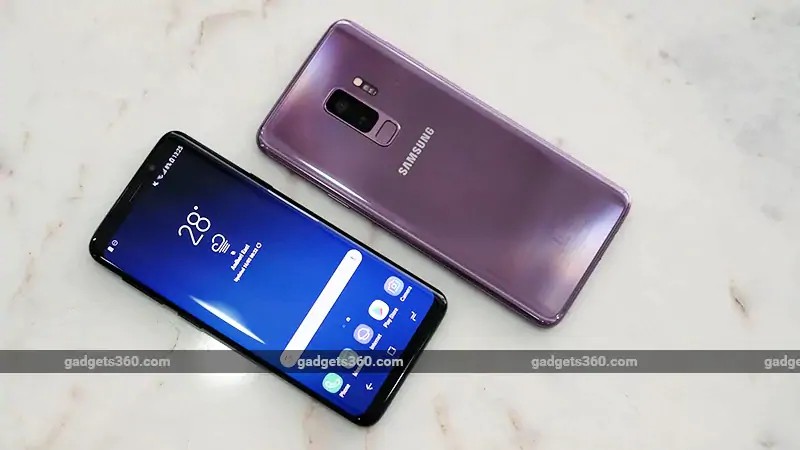 Samsung has begun the rollout of a new software update for the Galaxy S9 and the Galaxy S9+ duo that brings the February 2019 security patch alongside the ability to schedule Night Mode and some system improvements. The option to schedule Night Mode was absent from the stable Android 9 Pie update released for the Samsung flagship back in January. Moreover, the update boosts the stability of Wi-Fi and also brings improvements to NFC and email alongside hand gesture tweaks. The update is currently live in Germany and is expected to reach other regions over the coming weeks.

The most notable change introduced by the update is the ability to schedule Night Mode on the Samsung Galaxy S9 and the Galaxy S9+. The users can now either choose between the default option that automatically enables or disables the Night Mode at sunset and sunrise respectively, or they can choose to create a custom schedule to better suit their usage pattern. Aside from reducing the strain on eyes due to lesser light exposure, the Night Mode is friendly for the battery too. The update's rollout was first spotted by AllAboutSamsung.

The update is currently being rolled out in a staged manner
Photo Credit: AllAboutSamsung

As for the Android security patch version, it has been upgraded to the February security patch level that fixes a critical issue that could allow a bad actor to remotely execute arbitrary code by just sending a specially crafted PNG file. The vulnerability could be exploited as soon as users open the PNG file, but thankfully, there have been no reports of malicious parties exploiting it.

The update – that comes in at 361.35MB and has the build number G960FXXU2CSB3 for the Galaxy S9 and G965FXXU2CSB3 for Galaxy S9+ - also improves the Wi-Fi stability, NFC as well the email functionality. There is also a mention of tweaked hand gestures in the changelog, alongside the removal of the blur effect while pulling down the notification shade. A Redditor mentioned that the UI now seems much smoother and the apps now seem to start considerably faster after updating the Samsung flagship. However, it appears that the update is currently being rolled out in a staged manner with users in Germany receiving it first. We expect Samsung to begin the global roll out soon.