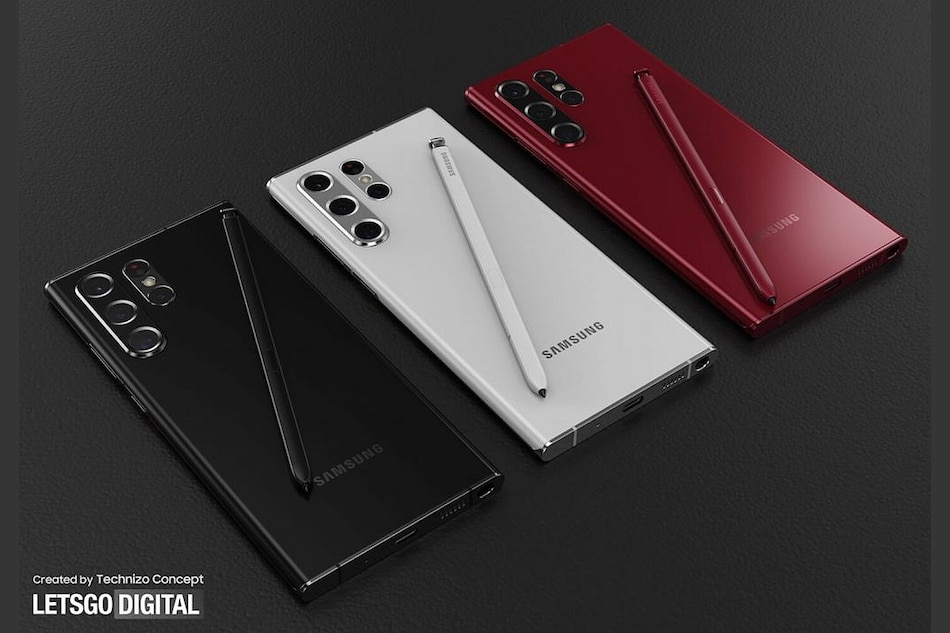 Known tipster Ice Universe (@UniverseIce) tweeted that the Galaxy S22 Ultra will be launching next year on February 8. The latest tip falls in line with a previous leak which suggested a February 8 release date for the Galaxy S22 series as well.

Samsung Galaxy S22 Ultra is tipped to be equipped with the Snapdragon 8 Gen 1 SoC. The tipster said that the handset will have to face competition from at least five other Snapdragon 8 Gen 1-powered flagship phones if it is released on the rumoured date. According to a listing spotted on the China Compulsory Certification (3C) website, it could feature a 5,000mAh battery. The premium Samsung phone has been previously reported to support up to 65W fast charging.

According to past leaks, the Galaxy S22 Ultra could feature a 6.8-inch QHD+ curved AMOLED display. Its selfie camera is expected to feature a 40-megapixel sensor. Recently leaked live images of the phone depict that the smartphone may sport a curved display. The image also suggests that it could feature a dedicated space for an S Pen. Another tipster on Twitter, 8090 Digital Beauty (translated), shared images of rear camera protective guards believed to be for the Galaxy S22 series. The purported guard for the Galaxy S22 Ultra showcases five cutouts for the camera module. It is not yet confirmed if the smartphone will feature five sensors. However, the primary sensor is rumoured to be 108 megapixels.