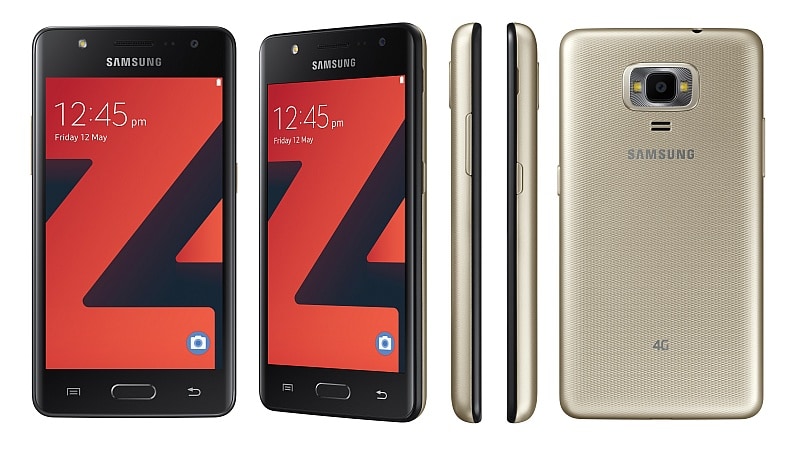 After unveiling its latest Tizen-powered smartphone on Friday, the Z4, Samsung has launched it in India on Monday. The Samsung Z4 price in India is Rs. 5,790, and it will be available from offline retail stores starting Friday. The smartphone comes with two covers in box - Black and Gold - allowing buyers to switch up the colour variants when they feel like doing so.

Speaking about the Samsung Z4's place in the Indian market as a first smartphone for those looking to upgrade from a feature phone, Asim Warsi, Senior Vice President, Samsung India Electronics, said, "With more than 500 million feature phone users, India has immense potential for smartphone upgrade. As the market leader, we at Samsung consider it our priority to facilitate this journey towards smartphones. Our affordable Tizen series has been instrumental in catalysing the smartphone upgrade and with Z4, we will offer yet another compelling product to affordable segment consumers."

The most interesting aspect about the new phone are its cameras. The Samsung Z4 sports a 5-megapixel rear camera with dual-LED flash support and at front it features a 5-megapixel sensor with f/2.2 aperture and LED flash support. The company claims that both front and rear cameras on Samsung Z4 are "optimised for social media" and offer features focused on convenience and creativity.

The Samsung Z4 sports a 4.5-inch WVGA (480x800 pixels) display with 2.5D curved glass on top, which the company says is a first for its Z-Series Tizen smartphones. It is powered by a 1.5GHz quad-core processor coupled with 1GB of RAM.