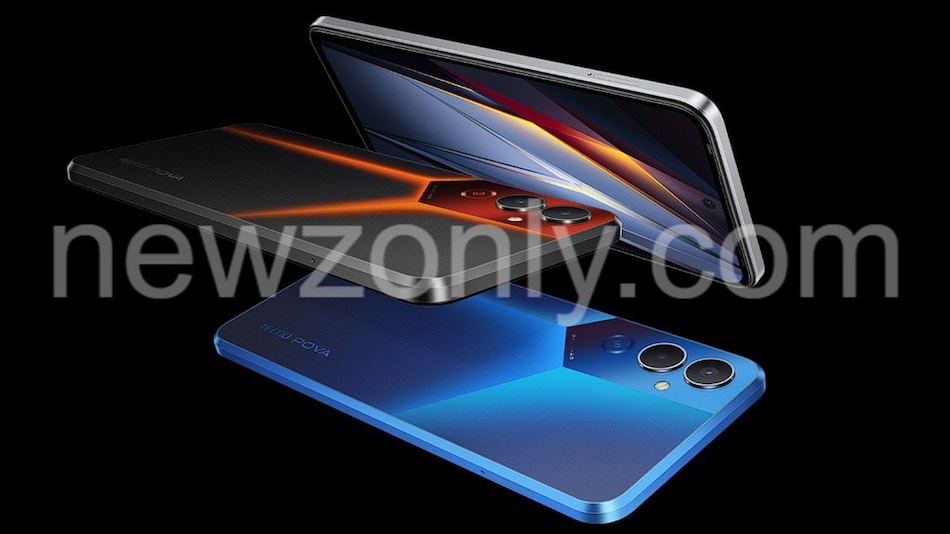 Tecno Pova 4 is tipped to include 8GB RAM

Tecno Pova 4 launch is yet to be confirmed officially by the Chinese smartphone company. But ahead of it, purported marketing images and specifications of the upcoming Pova-series phone have surfaced online. The renders suggest two colour options and dual rear cameras for the Tecno Pova 4. It is said to feature a MediaTek Helio G99 SoC under the hood, along with 8GB RAM. The RAM in Tecno Pova 4 is said to support expansion by utilising unused storage for seamless operations. Further, the Tecno Pova 4 is tipped to come with a 6,000mAh battery.

Known tipster Paras Guglani (@passionategeekz), in collaboration with NewZonly, has leaked the specifications and marketing images of the Tecno Pova 4. The renders suggest that the phone looks similar to the Tecno Pova Neo 2. The renders show the handset in blue and grey shades in a dual-tone finish. The Tecno Pova 4 is seen to have a dual rear camera unit arranged on the upper left corner of the handset. The positioning and the design of the rear camera module are notably quite similar to what we have seen on Tecno Pova Neo 2.

According to the tipster, the Tecno Pova 4 will be launched in Bangladesh on October 6. It is said to go official in India during the Diwali sales or later.

The upcoming Tecno Pova 4 is tipped to come with 6.82-inch HD+ display with a 90Hz refresh rate. It could run on Android 12 and is said to be powered by a MediaTek Helio G99 SoC, coupled with 8GB RAM and 256GB of onboard storage. The RAM in the Tecno Pova 4 could be expanded further by 5GB utilising the additional unused storage. It is said to include Panther Engine 2.0, with Game Space 2.0 for a better gaming experience.

For optics, the smartphone is expected to pack a 50-megapixel AI-backed dual camera unit. Tecno is said to pack a 6,000mAh battery with 18W fast charging support on the Tecno Pova 4.

The Tecno Pova Neo 2 was launched recently in Russia with a price tag of RUB 9,990 (roughly Rs. 14,000) for the 4GB RAM + 64GB RAM variant. It is powered by a MediaTek Helio G85 SoC and sports a full-HD+ display with a 90Hz refresh rate. It carries a 7,000mAh battery and includes a dual rear camera setup with a 16-megapixel main camera.

House of the Dragon Episode 8 Trailer: Struggle for Power Continues at Driftmark