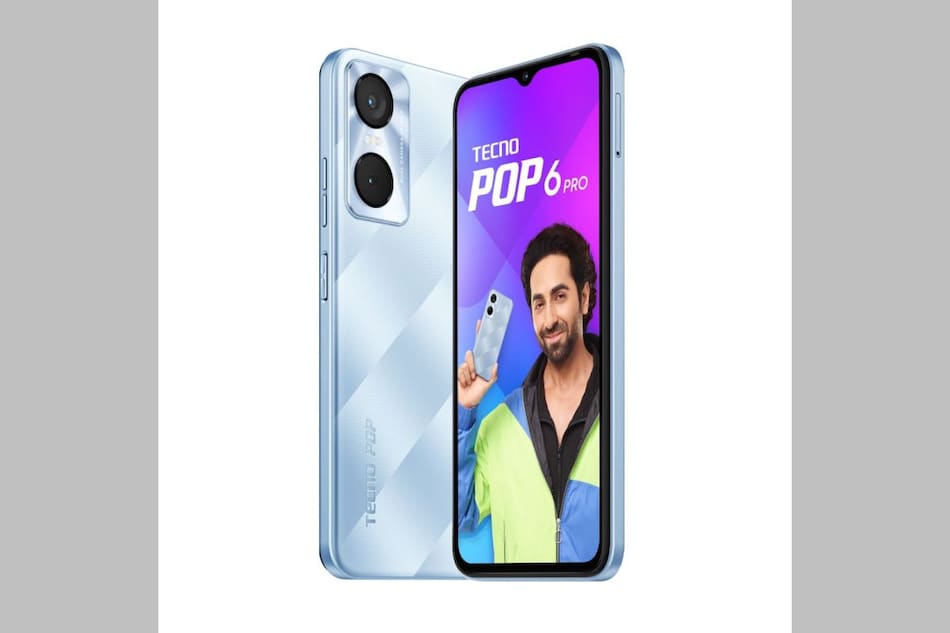 Tecno Pop 6 Pro has been launched in India. The latest handset from Tecno sports a 6.6-inch HD+ display along with a waterdrop notch design. The smartphone is powered by the MediaTek Helio A22 SoC and runs on Android 12 Go Edition. The Tecno Pop 6 Pro also houses a dual rear camera setup and packs a 5,000mAh battery. The company claims that the phone can offer up to 42 days of standby on a single charge. The smartphone from Tecno comes in two colour options and is currently on sale exclusively via Amazon.

The Tecno Pop 6 Pro price in India has been set at Rs. 7,999. However, the handset is currently on sale at Amazon for Rs. 6,099. The special price is just for one day as part of the Amazon Great Indian Festival sale.

The smartphone comes in Peaceful Blue and Power Black colour options. As mentioned earlier, the Tecno Pop 6 Pro is on sale exclusively via Amazon.

The dual-SIM (Nano) Tecno Pop 6 Pro is powered by a quad-core MediaTek Helio A22 chipset coupled with 2GB LPDDR4X RAM and 32GB eMMC 5.1 storage. The smartphone runs on HiOS 8.6 based on Android 12 Go Edition. The latest handset in the Pop series sports a 6.6-inch HD+ display with 720 x 1612 pixels resolution, 120Hz sampling rate, and 270PPI. The smartphone also features a waterdrop notch design that houses the front facing camera.

Talking about the cameras, the Tecno Pop 6 Pro houses a dual-rear camera setup with an 8-megapixel primary sensor and an AI secondary camera lens. For selfies, the smartphone sports a 5-megapixel camera along with an LED flash.

The Tecno Pop 6 Pro packs a 5,000mAh battery. Tecno claims that the smartphone can offer up to 42 days of standby on a single charge. The handset also comes with features such as face unlock, Bluetooth, GPS, and USB OTG for connectivity. The smartphone measures 164.85 × 76.25 × 8.75mm.