House of the Dragon Episode 8 Trailer: Struggle for Power Continues at Driftmark

Titled “The Lord of the Tides,” House of the Dragon episode 8 foreshadows a ‘grave injury’ to Lord Corlys Velaryon. 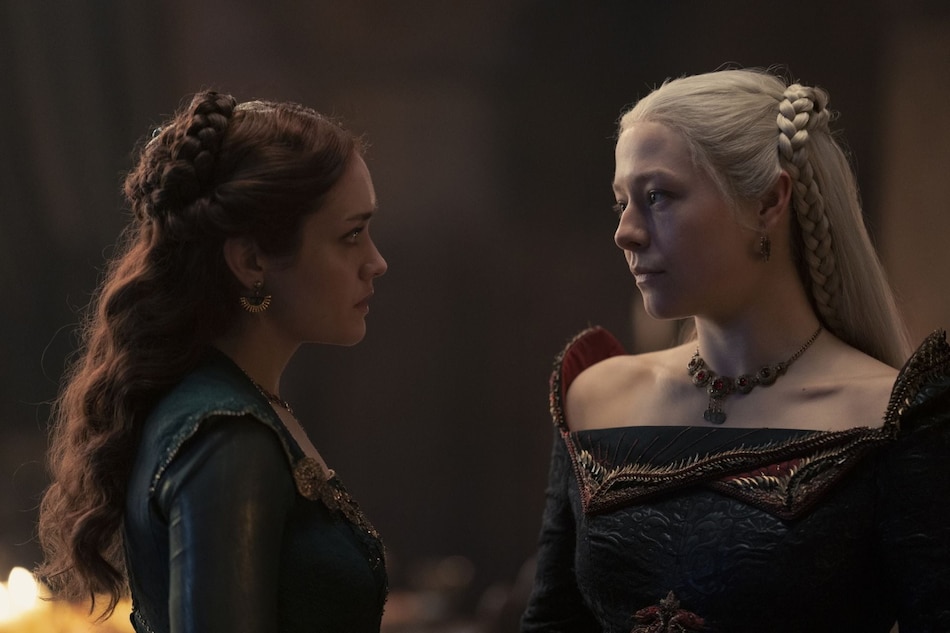 The trailer for House of the Dragon episode 8 kicks off with what seems like a minor time jump, putting Otto Hightower (Rhys Ifans) back in power as the Hand of the King. In light of King Viserys' (Paddy Considine) unexplained absence, he now assigns himself as the interim ruler. “As Hand, I speak with the King's voice on this and all other matters,” he declares to the court. Princess Rhaenyra (Emma D'Arcy) is clearly disturbed by the change in power, calling the Hightower family “vipers” who prepare to land their first blow, starting the next day. “To King's Landing then,” Prince Daemon (Matt Smith) tells Rhaenyra — the pair reunited in the last episode, consummating their relationship with a kiss.

The two seem to be planning some kind of attack, with the events in episode 7 serving as the catalyst — Aemond (Ewan Mitchell), Alicent's second son, lost his eye during a scuffle at Driftmark. This made Rhaenyra and Queen Alicent (Olivia Cooke) bitter enemies, urging the latter to take a dagger up to the young culprits and exact revenge. The House of the Dragon episode 8 trailer then shifts focus to the mariner's kingdom, where Lord Corlys Velaryon (Steve Toussaint) aka the Sea Snake has taken a “grave wound,” putting him out of action. His brother Vaemond (Wilbert Charles Johnson), tempted by the opportunity, decides to make a claim for it.

“The crown cannot stand strong if the House of the Dragon remains divided,” Viserys utters in a voiceover, as the threat of war looms above. The closing moments of the House of the Dragon episode 8 trailer see Daemon examining a dragon egg, while Aemond orders an attack on Rhaenyra's children, who've been coined as bastards, owing to their dark hair colouration.

New House of the Dragon episodes air every Monday at 6:30am IST on Disney+ Hotstar in India, and Sunday at 9pm ET on HBO Max wherever available. Season 1 consists of 10 episodes.