Vivo X80 series launch in India has been teased by Flipkart. 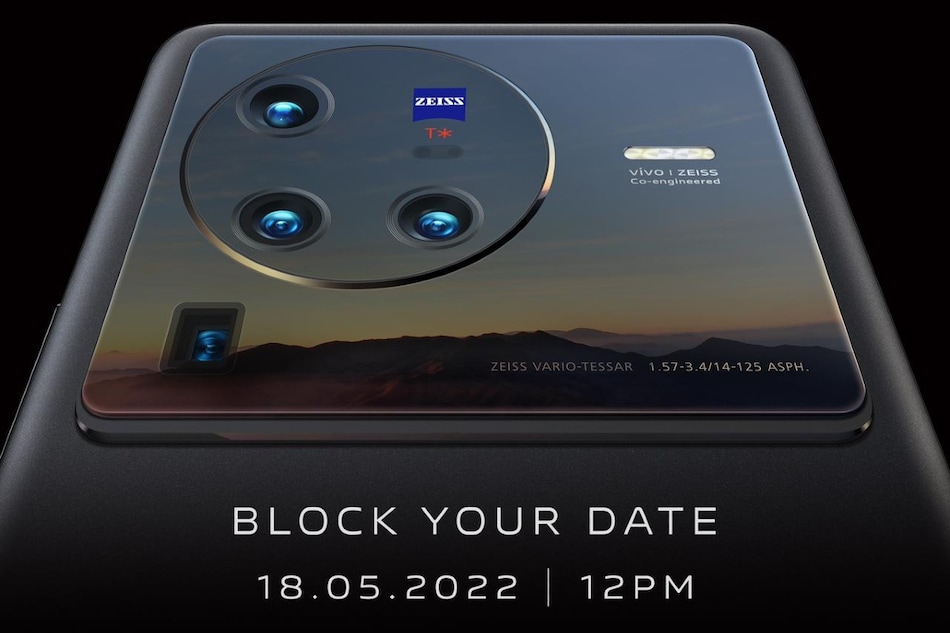 Vivo X80 series India launch date has been set for May 18, the Chinese company confirmed on Tuesday. The series comprising the Vivo X80 and Vivo X80 Pro was first launched in China last month. In the series, the Vivo X80 Pro came in two different variants — one with a MediaTek Dimensity 9000 SoC and the other one with a Qualcomm Snapdragon 8 Gen 1 SoC, and the company has confirmed India will get the latter variant. The Vivo X80, on the other hand, was launched with the MediaTek Dimensity 9000 SoC.

The Vivo X80 series India launch will take place at 12pm (noon) on May 18, the company announced through a press invite. Flipkart has also created a dedicated webpage on its site to tease the launch. The May 18 launch date was up until now a part of the rumour mill.

In terms of specifications, the Vivo X80 runs Android 12 and features a 6.78-inch full-HD+ (1,080x2,400 pixels) AMOLED display with a 20:9 aspect ratio and up to 120Hz refresh rate. It is powered by the MediaTek Dimensity 9000 SoC, along with up to 12GB of RAM. The phone comes with a triple rear camera setup that carries a 50-megapixel primary Sony IMX866 RGBW sensor, along with a 12-megapixel ultra-wide shooter and a 12-megapixel portrait sensor. There is also a 32-megapixel selfie camera sensor at the front.

The Vivo X80 comes with up to 512GB of UFS 3.1 storage. It includes connectivity options such as 5G, Wi-Fi 6, Infrared (IR) blaster, NFC, and a USB Type-C port. The phone also comes with an in-display fingerprint sensor and packs a 4,500mAh battery that supports 80W Flash Charge fast charging.

The Vivo X80 Pro also runs Android 12 but features a 6.78-inch 2K (1,440x3,200 pixels) AMOLED display with an up to 120Hz refresh rate. It has the Snapdragon 8 Gen 1 and Dimensity 9000 options in China, but in India, it will get the former SoC, the company confirmed on its microsite. The Snapdragon model has 8GB and 12GB LPDDR5 RAM options, whereas the Dimensity option has 12GB LPDDR5 RAM as standard. The phone comes with the quad rear camera setup that includes a 50-megapixel primary Samsung ISOCELL GNV sensor, along with a 48-megapixel ultra-wide Sony IMX598 shooter, a 12-megapixel Sony IMX663 sensor with a portrait lens, and an 8-megapixel sensor with a periscope-shaped ultra-telephoto f/3.4 lens.

For selfies and video chats, the Vivo X80 Pro comes with a 32-megapixel selfie camera sensor at the front.

The Vivo X80 Pro carries up to 512GB of UFS 3.1 storage. It has almost the same list of connectivity options that are available on the Vivo X80. The phone also includes an in-display fingerprint sensor and packs a 4,700mAh battery that supports 80W Flash Charge fast wired charging as well as 50W wireless charging.