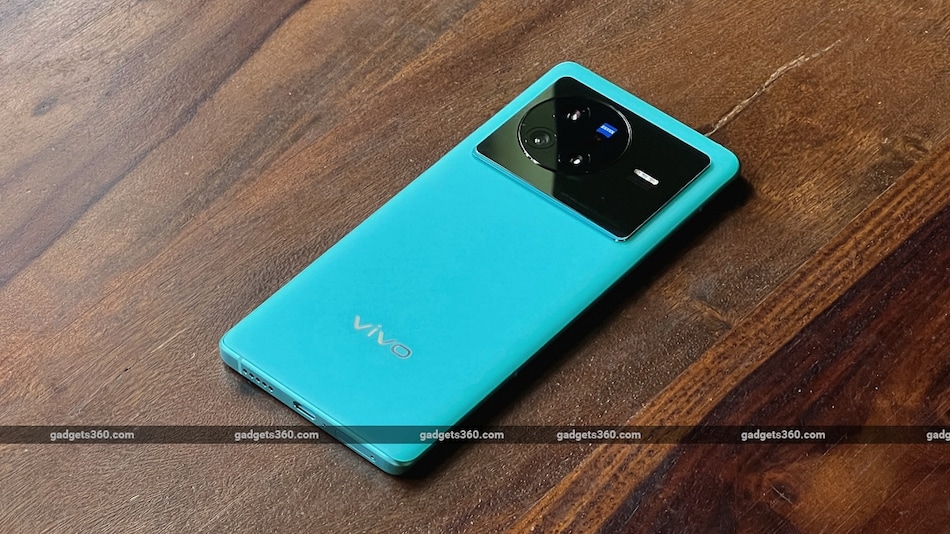 After skipping the X70 model in India last year, Vivo has decided to launch the new X80 here in 2022. This phone has launched alongside the flagship Vivo X80 Pro, and debuts new and interesting hardware that should help it stand out in the sub-Rs. 60,000 price segment. In terms of positioning, the Vivo X80 is actually a successor to the Vivo X70 Pro and not the X70, as its name might have you believe. The X80 may be missing certain features of the X70 Pro such as a periscopic telephoto camera, but at a starting price of Rs. 54,999, it does boast of other upgrades that could make it a solid all-rounder.

One of the headliners is the MediaTek Dimensity 9000 SoC, which makes its debut with the Vivo X80 in India. This 4nm SoC runs at a maximum clock speed of 3.05GHz and the rest of its specs seem to indicate that it will be on par with the Qualcomm Snapdragon 8 Gen 1 SoC, which the X80 Pro uses. This is a big upgrade over the previous generation and makes this phone seem just as powerful as any other 2022 flagship in its segment, on paper anyway.

Vivo has also integrated its new V1+ imaging processor into the X80 to help speed up computationally intensive tasks such as processing Night mode photos in the camera app and interpolating frames when playing games. Vivo also claims that the X80 has the largest single-chamber vapour cooling system on any smartphone in India. In theory, this phone should offer a top-notch gaming experience and I will be testing these claims in the review. After using the phone for a few days, I can say that the cooling system might have helped to an extent since the camera app didn't throw up any overheating warnings when recording videos, despite the body getting hot.

The Vivo X80 (right) looks identical to the Vivo X80 Pro (left), save for the missing periscopic camera

In terms of design, the phone looks very similar to the Vivo X80 Pro and last year's X70 Pro+ (Review). In fact, the only visual difference between the X80 and the X80 Pro is the missing periscopic camera on the former. Everything else, including the placement of the ports and speaker grills, is identical. Vivo has also also given the X80 an official IP53 rating, which is not commonly found in smartphones in this segment.

The Vivo X80 has an aluminium alloy frame sandwiched between two sheets of glass, with curved sides. The rear panel uses fluorite AG glass and has a matte finish which seems good at rejecting fingerprints. I received a unit in the Urban Blue finish, which looks fresh and stands out. The X80's overall fit and finish looks and feels very premium and it does not feel too heavy either, at 206g.

The Vivo X80 has a 6.78-inch E5 AMOLED display but it's not based on LTPO technology, like the one the more expensive X80 Pro has. It sports a full-HD+ resolution, has a maximum refresh rate of 120Hz and a maximum touch sampling rate of 240Hz. My initial impression of playing Call of Duty: Mobile on the X80 was good as the game ran smoothly without any hiccups. However, I'll be testing this further to check the sustained performance of this new SoC for gaming, in the full review. The display is protected by Schott's Xensation Up glass which, during my initial use, turned out to be a fingerprint magnet. The Vivo X80 has dual stereo speakers, something that was missing with the X70 Pro.

As for the cameras, the Vivo X80 debuts Sony's new 50-megapixel IMX866 sensor which has an RGBW pixel arrangement and optical image stabilisation (OIS). Vivo claims that this allows for greater light sensitivity for better low-light photos and video, which is something I will be testing in our review. The X80 also has a 12-megapixel portrait camera and a 12-megapixel ultra-wide-angle camera, neither of which feature OIS.

Just like the Vivo X80 Pro, the X80 also has Vivo's new Zeiss-branded video Styles feature in the camera app. The new Cinematic video style lets you shoot video in a 2.39:1 cinematic aspect ratio and adds oval light flares to the background. The Camera Panning style for photos is also new and lets you add motion blur to the background of subjects that are either still or in motion.

Selfies on the Vivo X80 are handled by a 32-megapixel camera. Vivo also brought the Cinematic Style feature to the photo mode so you can capture photos in a wider aspect ratio along with software-driven background flares.

My initial impressions of the cameras on the Vivo X80 are that they seem very capable. Detail and dynamic range are quite good. What I really missed was a telephoto camera for shooting portrait photos with. Zooming in digitally seems to reduce detail but I will reserve my final conclusions for the full review.

The Vivo X80 has a 4,500mAh battery which can be charged rapidly using the bundled 80W charger. There's no wireless charging, which in my opinion, is a big miss as smartphones such as the Samsung Galaxy S20 FE 5G (Review) and even the Apple iPhone SE (2022) (Review) offer this and cost less.

With the X80 series, Vivo also claims that it will release three generations of Android OS updates and three years of security updates, which is a big deal. The Vivo X80 runs Funtouch OS 12, based on Android 12. The software ran well during my initial use, but I noticed several preinstalled third-party apps.

The Vivo X80 is not just a camera-focussed smartphone but has the hardware to deliver good gaming performance too. It also seems like a very good upgrade to the X70 Pro, as apart from a more powerful SoC, it also has stereo speakers and an IP rating. The phone's pricing is quite attractive and in terms of competition, it goes up against the Realme GT 2 Pro (Review) and the Motorola Edge 30 Pro (Review). I'll be testing the X80's cameras, battery life, and gaming performance over the next few weeks, so stay tuned for the full review coming soon only on Gadgets 360.

Disclosure: Vivo sponsored the correspondent's flights and hotel for the pre-launch event in Dubai.