Xiaomi 11i Hypercharge will sport a centrally-aligned hole-punch cut-out. 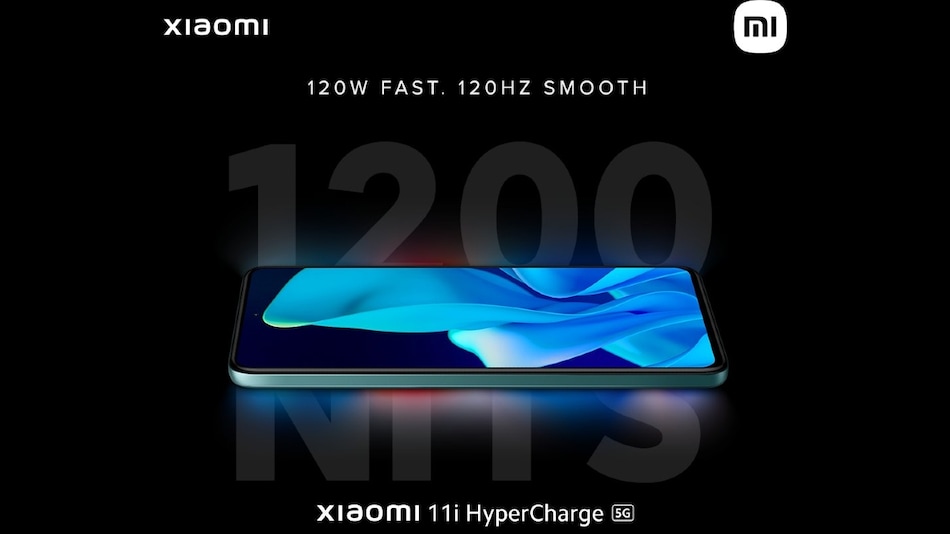 Xiaomi 11i may sport an AMOLED display

As per a tweet shared by Xiaomi Senior Marketing Manager Sandeep Sarma, the Xiaomi 11i Hypercharge will come with a “super bright 1200 nits display” that “supports 120Hz refresh rate”. The image shared by the executive also shows that the handset will sport a centrally-aligned hole-punch cut-out. While it is not confirmed, the rumour mill suggests that the smartphone will get an AMOLED display. Last week, Xiaomi claimed that the Xiaomi 11i Hypercharge will be India's fastest charging smartphone and it will offer 120W fast charging support.

If the speculation that Xiaomi 11i Hypercharge is a rebadged version of Redmi Note 11 Pro+ is true, then the handset is likely to come with a 6.67-inch AMOLED display with a 120Hz refresh rate. The phone could be powered by the MediaTek Dimensity 920 SoC paired with multiple RAM and storage configuration options. It should have a triple rear camera setup, with a 108-megapixel primary sensor. The Xiaomi 11i Hypercharge is also likely to have a 4,500mAh battery. Other features may include JBL stereo speakers along with Dolby Atmos and Hi-Res audio support. It could come with NFC support and come with VC liquid cooling.