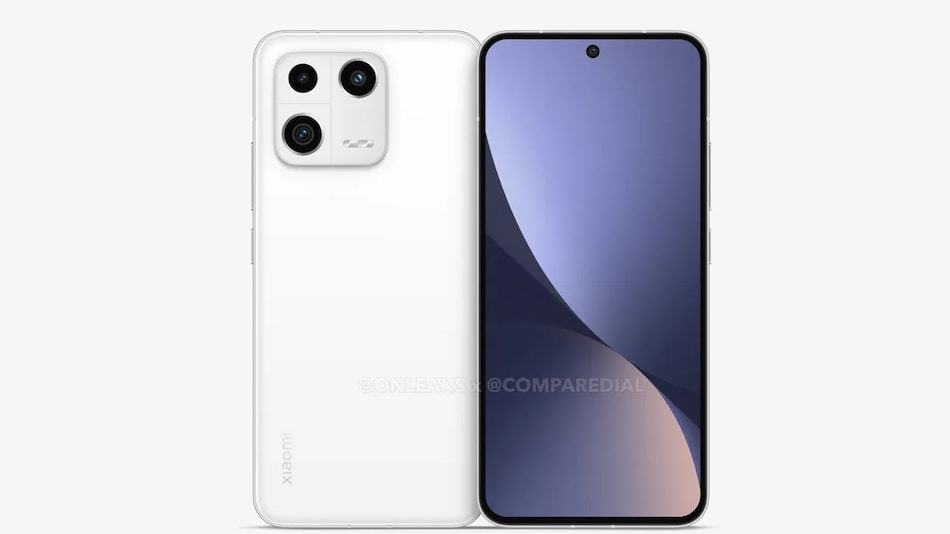 Xiaomi 13 could succeed the Xiaomi 12

Tipster Steve H.McFly (@OnLeaks) in collaboration with Comparedial, leaked an alleged render of the Xiaomi 13. The leaked images show the handset in a white shade with curved edges, minimal bezels, and a hole punch display design. A triple rear camera unit is seen arranged on the upper left corner of the back panel in a square-shaped island, along with the LED flash. The design of the smartphone is quite similar to that of the recent iPhone models.

Meanwhile, alleged renders of the Xiaomi 13 Pro were shared by the same tipster Steve H.McFly in association with Zoutons. The renders show Xiaomi 13 Pro in Black colour, featuring a hole-punch display. It is shown to have a similar triple rear camera unit, arranged in the upper left corner of the device. Further, the power button and the volume rockers are seen on the left spine of the smartphone. The microphone and IR blaster are seen at the top of the handset. There may be a side-mounted fingerprint scanner as well.

The Xiaomi 13 and Xiaomi 13 Pro have been subject to several leaks recently. The smartphone series could go official in November. The Xiaomi 13 series is said to sport a 2K resolution curved AMOLED display and is expected to be powered by Qualcomm Snapdragon 8 Gen 2 SoC, which could launch in November. They may run Android 13 out of the box.