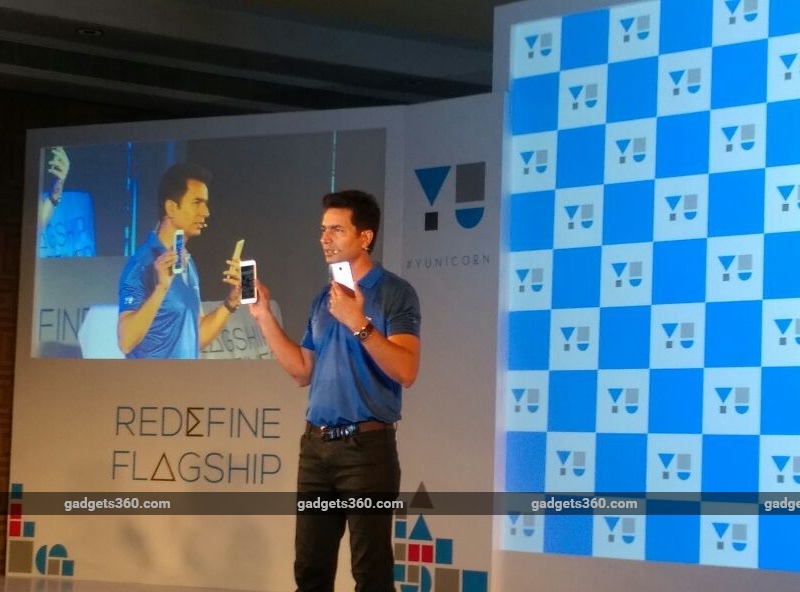 Micromax subsidiary Yu Televentures has launched its newest flagship smartphone, the Yunicorn. The metal-bodied smartphone has been given an introductory price of Rs. 12,999, and will be initially exclusively available via Flipkart for a month, with registrations opening 2pm Tuesday for the first sale on June 7. After a month, it will be priced at Rs. 13,499.

The Yu Yunicorn will come with Rs. 400 in the Yu Wallet, and the first consultation free on Lybrate. The first flash sale with feature a 10 percent cashback for SBI users.

The phone is being marketed with a focus on software and services, and runs a near-stock Android 5.1 Lollipop being called 'Android on Steroids', but with minor tweaks such as a vertical app drawer, and a monochrome mode for reading and extending battery life. The company promises an upgrade to Android 6.0.1 Marshmallow within a month from launch.

The Around Yu services platform is said to have received an upgrade to v2.0, and partnerships with Ixigo, Ola, Uber enable bookings. Recent acquisitions like Lybrate will also be integrated to help find a doctor, with Scandid for comparison shopping. The company also unveiled the Yu Wallet, which will be used to make payments.

The smartphone's hardware highlights are the high amount of memory and ample battery capacity at the price. The 8.5mm thick smartphone also features a metal frame and rear panel, using a brushed aluminium alloy including magnesium and manganese. It also sports a fingerprint scanner on the home button, which will unlock the smartphone in as little as 0.2 seconds, and stores up to 5 fingerprints on a chip.

The Yunicorn bears a 13-megapixel rear camera with dual-LED flash, and a 5-megapixel front-facing camera. It comes with 32GB of storage, which can be expanded via the hybrid dual-SIM microSD card (up to 128GB) slot. It's powered by a 4000mAh battery rated to deliver up to 20 hours of talk time, and 500 hours of standby time. It also offers fast charging support.  Connectivity options on board are pretty standard, and include 4G LTE support.

Qualcomm Snapdragon Wear 1100 SoC With LTE for Wearables Launched
15 Best PlayStation 3 Games Under Rs. 1,000 That You Must Play