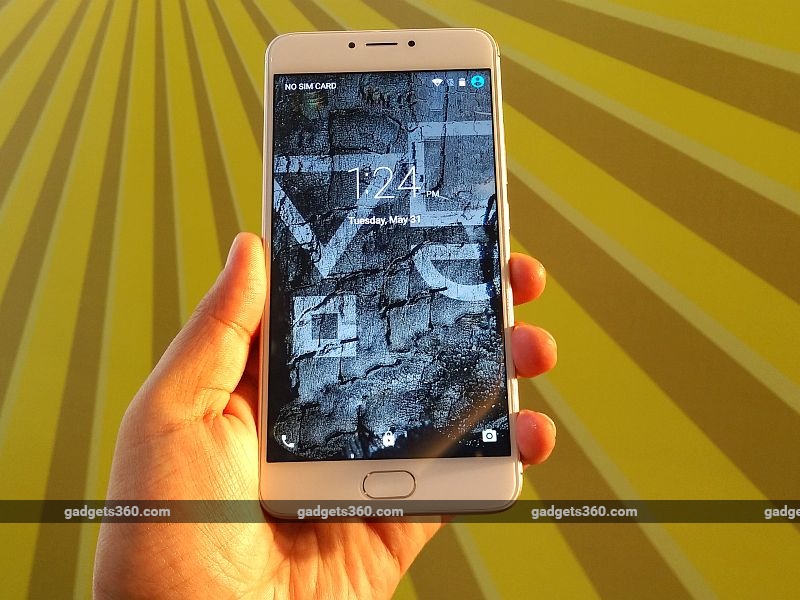 Yu Televentures on Tuesday unveiled its new flagship Yunicorn smartphone at an event in New Delhi. The company has been teasing the Yunicorn for weeks and made some important changes to make sure that the new smartphone is different from Yu's previous models. The Yu Yunicorn is the company's seventh smartphone after the Yureka, Yuphoria, Yureka Plus, Yunique, Yutopia, and Yureka Note.

Talking to Gadgets 360 on the sidelines of the event, company founder Rahul Sharma stressed that the Yunicorn should not be compared with budget or mid-range smartphones available at similar prices. He said the Yu Yunicorn brings a lot of new features which have not been seen on previous Yu handsets, and is targeted to compete with flagships with higher price tags from competitors.

The new flagship from Yu packs a full-HD display and an all-metal body, and is also the company's first smartphone featuring a physical home button with a fingerprint sensor embedded in it, which should keep feature-obsessed consumers happy. The smartphone runs Android OS with deep integration of Around Yu, the company's in-house service aggregator platform which was introduced last year with the Yu Yutopia. We spent some time with the new Yunicorn at the launch event and here are our first impressions. 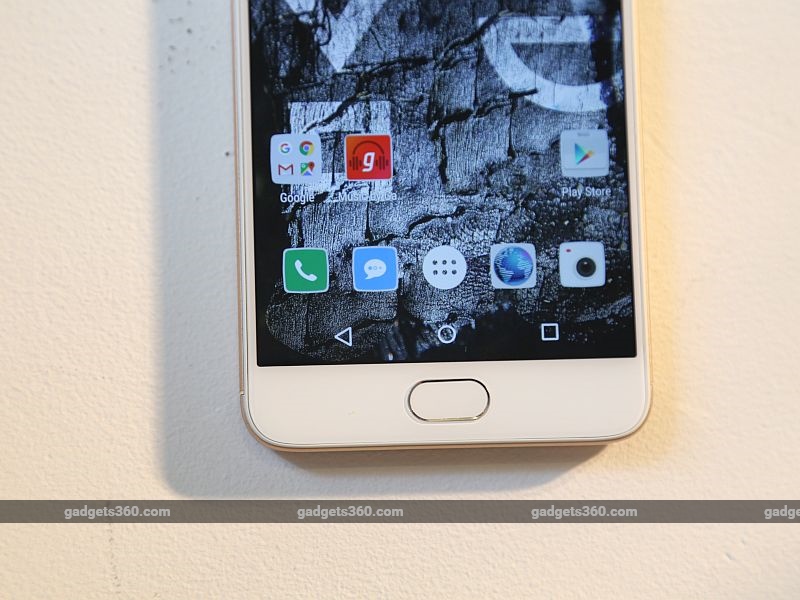 The Yu Yunicorn looks strikingly handsome, especially from the front, and in our opinion is one of the best-looking Yu smartphones launched thus far. The brushed aluminium finish gives it a sturdy feel, and the rounded edges offer decent grip. The metal back on the Yunicorn felt slightly slippery, something we have said about other metal phones such as the HTC One (M8). The phone also feels heavy at 172 grams, especially when compared with other smartphones in the same price range.

The power and volume rocker buttons are placed on the right, and during our limited time with the smartphone, they offered decent tactile feedback. The Micro-USB charging port is on the bottom, whereas the audio socket is on the top. The bottom also holds two grilles, though it wasn't clear whether both were for speakers. The smartphone packs DTS sound enhancement and includes a dual microphone setup with noise cancellation.

At first glance, the rear of the Yunicorn looks strikingly similar to that of the Xiaomi Redmi Note 3, however Yu has made some conscious design changes such as repositioning the speaker and changing the the dual-LED flash to vertical instead of horizontal. 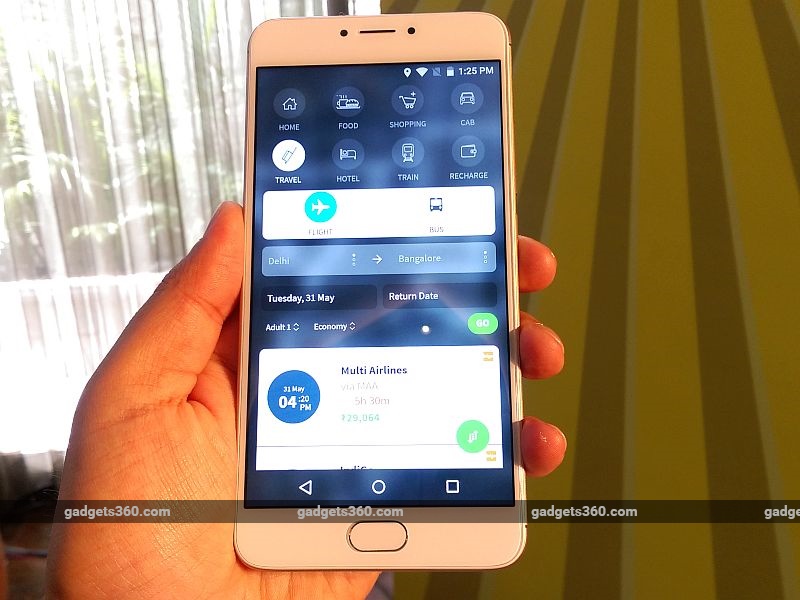 The smartphone features a 5.5-inch full-HD (1080x1920 pixels) IPS display with 2.5D curved glass. The screen looks bright and crisp. We found legibility to be decent even in direct sunlight.. The viewing angles on the smartphone were also good.

One of the biggest changes Yu has made with its latest Yunicorn flagship smartphone is ditching Cyanogen OS for a near-stock version of Android. The phone runs Android 5.1.1 Lollipop with some customisations from Yu. At launch, the company claimed that the Yunicorn runs "Android on steroids" which refers to the deep integration of Around Yu into the launcher. The customised interface offers features such as a vertical app drawer to make scrolling easier.

Around Yu 2.0 has gained new features such as the option to consult with doctors, and the new Yu Wallet which is powered by Udio. Yu has teamed up with healthcare communication and delivery startup Lybrate for the medical assistance feature, and had announced a partnership with TranServ in December last year for Yu Wallet. At the launch, Sharma stressed that the deep integration of Around Yu will allow users to do more without the hassle of downloading apps for shopping, booking a cab, or ordering food. 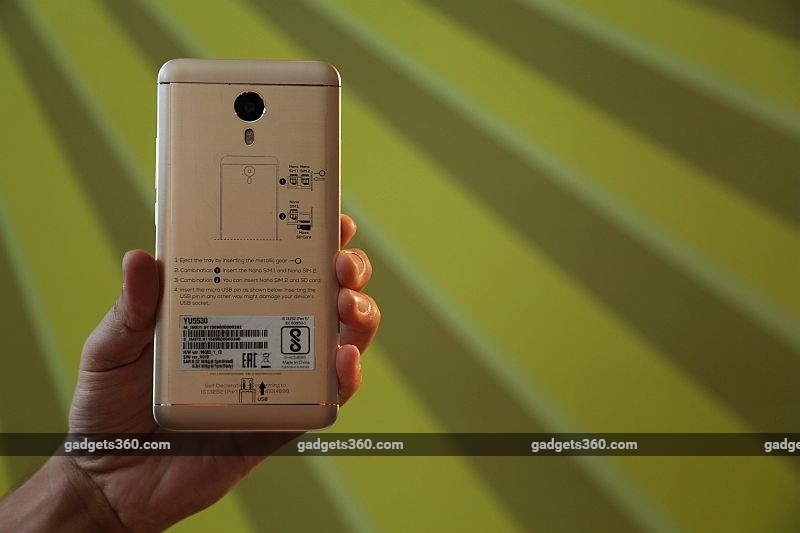 The Yunicorn will also come with MiMedia Social Cloud, which can back up data on the device directly to the cloud once enabled, and will offer some new "unique features". Unfortunately, we were unable to test these features at the launch event.

The Yu Yunicorn sports a 13-megapixel rear camera with a dual-LED flash, and a 5-megapixel front-facing camera. The rear camera has PDAF (Phase Detection Autofocus), EIS (Electronic Image Stabilisation) and slow motion video recording capabilities. In our short time using the camera, we found the images clicked by Yunicorn under artificial lighting to be quite crisp, with a good amount of detail. The front camera took decent images too. Stay tuned for our detailed review when we really get a chance to test the camera under varied conditions.

The Yunicorn is powered by a 4000mAh battery which the company claims can deliver up to 20 hours of talktime and 500 hours of standby time. The phone supports 4G LTE with support for carrier aggregation, and other standard connectivity options. In the time we spent getting acquainted with the Yu Yunicorn, we found that the smartphone was pretty responsive to our touch inputs and was quick during multitasking. It is based on an octa-core MediaTek Helio P10 SoC (four cores at 1.8GHz and four cores at 1.4GHz) along with 4GB of RAM. We will reserve our verdict on the Yunicorn's performance till we get a chance to put it through the paces in our detailed review. 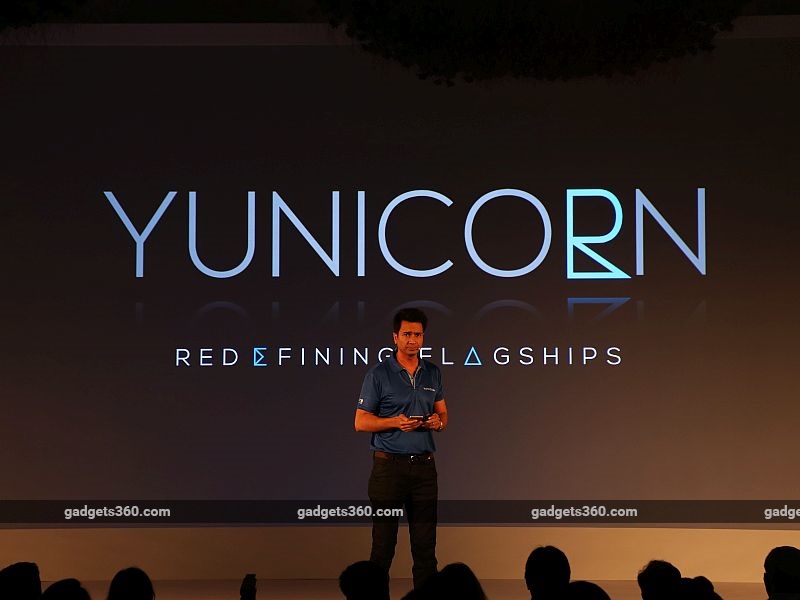 Final thoughts
At an introductory price of Rs. 12,999, the Yu Yunicorn goes head-on with some of the most popular budget smartphones currently available in the market, the Xiaomi Redmi Note 3, Moto G4 Plus, Lenovo Phab, and the ZenFone Max (2016). Much like other Yu offerings, the Yunicorn will be sold through flash sales exclusively on Flipkart. The company announced that the price will go up to Rs. 13,499 after one month. Stay tuned to Gadgets 360 for a full review of the Yu Yunicorn.