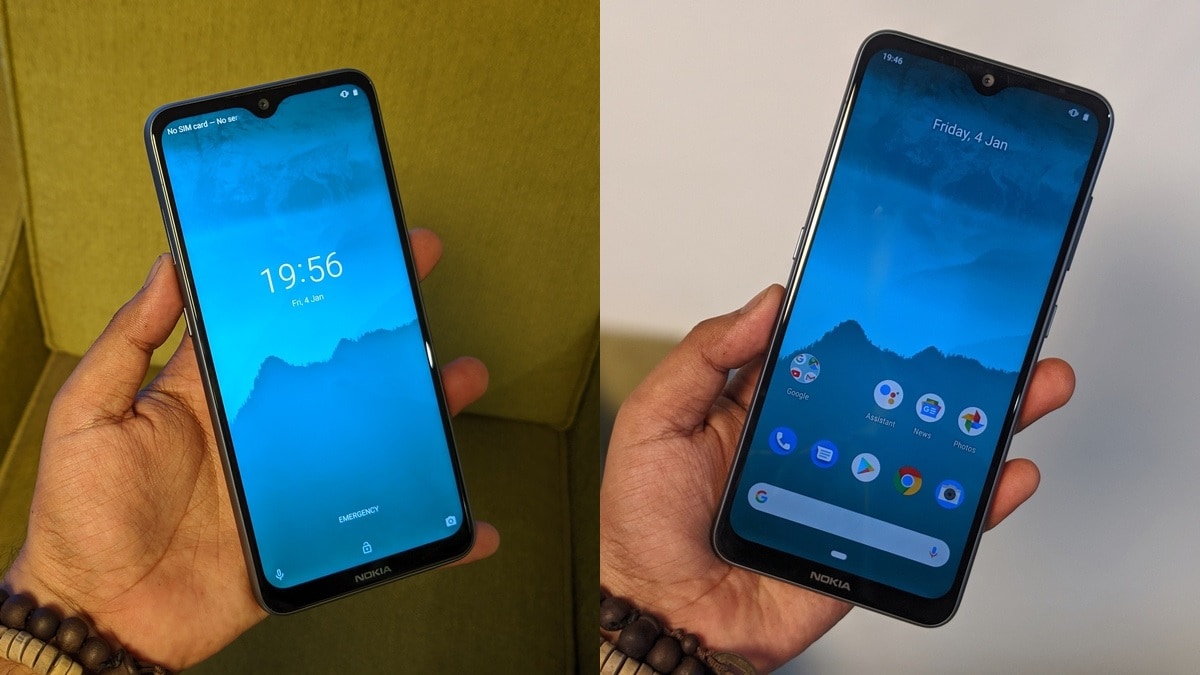 HMD Global on Thursday made its first appearance at IFA, one of Europe's most important technology trade exhibitions, to talk about how it is growing internationally and expanding on its strengths. The company unveiled two new smartphones and three featurephones, showcasing its strategy of appealing to multiple markets. The new Nokia 7.2 and Nokia 6.2 are both mid-budget Android smartphones but both promise premium features and looks. They should be launched internationally, including in India, within a few months. Gadgets 360 was live at the scene of the launch in Berlin, and here are our first impressions of both new devices.

The new Nokia 7.2 and Nokia 6.2 are very similar in terms of design and also features. HMD Global had three main things to point out about the pair: their contemporary Nordic design, their high-quality HDR displays, and their three rear cameras. Additionally, HMD Global is very vocal about its support for Android One and the fact that it delivers monthly security updates on time.

In terms of design, both the Nokia 7.2 and Nokia 6.2 are very similar. Where other companies are all rushing to maximse screen space and eliminate notches, HMD Global has stuck with relatively thick borders and front cameras that slightly eat into the top of the screen. However, both phones feel very premium thanks to their bodies which are made of glass with a polymer composite material that is said to be tougher than polycarbonate and lighter than aluminium.

Both phones have Gorilla Glass 3 on the front as well as the back. While the Nokia 6.2 has a plain back, the Nokia 7.2 is etched to give it a more frosted texture. The lower-priced model will be available in Ceramic Black and Ice, while the more premium one gets a distinctive Cyan Green option as well as Charcoal and Ice.

By Nordic design, HMD Global means solid and minimalist, and that's what you get. These are both chunky phones, but they don't feel heavy at all, and instead give the impression of solid build quality. Of course we'll have to see how they hold up in everyday use when we spend more time with them for full reviews. What we did notice is that the rears of both phones pick up smudges quite easily.

These two new smartphones also feature what the company calls PureDisplay, which means the screens are HDR enabled, and the phones have hardware and software tweaks to upscale low-resolution content and constantly adjust the colour tone to match ambient light conditions. A dedicated chip is said to be able to improve the quality of standard-definition and even old video files. HMD Global claims that the performance can even exceed that of OLED panels in many cases. We did find both phone's displays to be quite striking, but we will need to spend more time with them and try various kinds of content for ourselves before passing any final verdict.

While HMD Global has so far largely lived up to the legacy of the Nokia brand in terms of durability and ease of use, the company now has to contend with fierce competitors who are pushing specifications above all else. The Nokia 7.2 features a Qualcomm Snapdragon 660 SoC, while the Nokia 6.2 uses the Snapdragon 636. These are now slightly dated and are found in more affordable phones, but should provide good all-round usage experiences nonetheless. RAM and storage configurations will vary, with the Nokia 6.2 starting with 3GB of RAM and 32GB of storage, while the Nokia 7.2 gets at least 4GB of RAM and 64GB of storage. Both phones have dedicated microSD card slots.

The Nokia 6.2 promises two-day battery life with a 3500mAh battery. It has a 6.3-inch full-HD+ screen with 500nits of peak brightness. It has a 16-megapixel primary camera with a 5-megapixel depth sensor and a 118-degree ultrawide camera. The front camera has an 8-megapixel resolution. It will start rolling out around the world in October, with a price starting at EUR 199 (approximately Rs. 15,750).

The Nokia 7.2 has what the company claims is a segment-leading 48-megapixel main rear camera with pixel binning. There's also the same 118-degree wide-angle camera and 5-megapixel depth sensor, plus a 20-megapixel front camera. All four feature Zeiss optics. The phone's camera app offers a “DSLR-like” portrait experience, which blurs not only the background but also the foreground if you want to draw attention to a distant object, and it will work even at night or with HDR enabled. In low light the phone combines at least six exposures to deliver better detail and HDR, but it can merge up to 20 shots if the phone detects that it is stable enough. This can help with noise reduction, removing blur, and adjusting dynamic range, and works with the wide-angle camera too.

The display of this phone also measures 6.3 inches and has the same 500nits brightness as well as upscaling and colour adjustment features. The 3500nAh battery is also the same. Dark clouds plus highlights in demo. This phone will cost EUR 299 (approximately Rs. 23,670) when it goes on sale in late September.

Both models feature dedicated Google Assistant buttons and can run Google Assistant's Ambient Mode which turns them into digital photo frames when charging. You can also control music playback and smart home devices while the phones are in standby.

The Nokia 6.2 and Nokia 7.2 will both ship running Android 9 Pie but will be eligible for an Android 10 update, and will give users three months membership to a Google One subscription, for more cloud storage space and expert customer support.