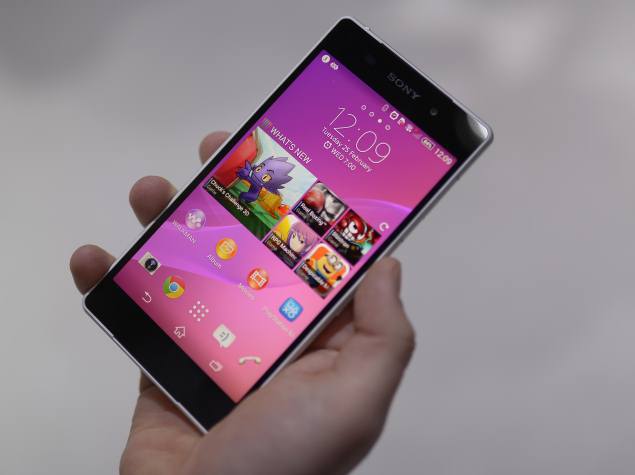 I typically have headphones on when I'm home in New York, whether it's during a jog or a commute. I often crank the volume up, at the risk of hearing loss, so that I could hear my favorite podcasts over loud subways and honking cars.

I was excited to see noise-cancelling technology in Sony's new Xperia Z2 smartphone. I've resisted investing in pricey noise-cancelling sets because I'm prone to lose or break them. If it's going to be built into a phone, perhaps I can use that instead of my iPod.

Alas, I find the new feature to be more promise than practical, based on the brief time I had with the phone at this week's Mobile World Congress wireless show in Barcelona, Spain.

But first, I'll go through other features that may appeal to some people. The phone is due to come out in March. Sony hasn't announced a price, though its phones typically sell for $500 to $600 in the U.S. without subsidies or a contract.

Waterproof
Sony's smartphones are distinctive in being waterproof. It's not something I've felt that I've needed, but you might find it useful if you work as a lifeguard or live near a beach.

20.7-meagpixel camera
That's even better than the 16 megapixels in Samsung's new Galaxy S5. But lens quality and the focus mechanism are also important. I didn't get to try out the Z2's camera, but it's the same one in the Xperia Z1s, which I've had mixed results with.

4K video recording
It's impressive that the phone can capture video with four times the details as full high-definition video. But 4K displays are still expensive, so you won't appreciate the extra sharpness for a while. It's more for people who want to take quality video now for the day 4K becomes more common.

Unfortunately, it requires special in-ear headphones, which Sony is selling for 60 euros ($82). A sensor in the earpiece detects the noise, so the phone knows what countering signal to send. This approach keeps the headphones smaller and cheaper than typical noise-cancelling headphones.

Noise cancellation is optimized for the office, for planes and for buses or trains. You choose one in the settings.

I tried the headphones surrounded by simulated train and plane noise. The technology works, but it doesn't filter out the external noise completely. It also requires me to press the earpiece deep into my ears to notice a difference.

Sony tells me the earpiece covers come in three sizes, so a larger one might have helped. I look forward to testing the feature more thoroughly.

For now, I'll keep my iPod.

Beleaguered Sony to close two-thirds of its US retail stores
Samsung Galaxy S5 variant with metal body, QHD display coming in May: Report