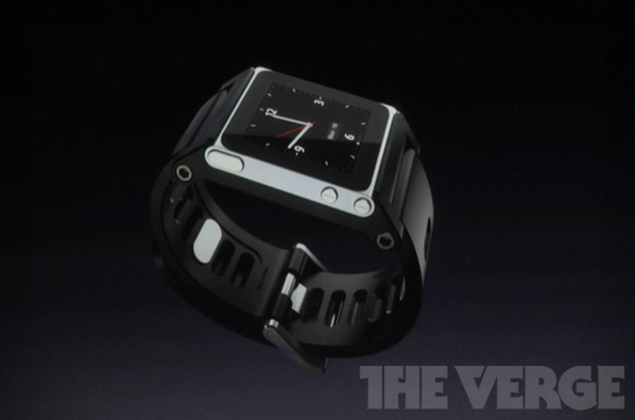 Wearable computing is being seen as one of the next-big-things in the future of technology, whether it's Google's Glass or companies like Samsung and Apple racing to pitch their next smart watch.

Independent watch-maker Pebble may have taken the lead, but Apple isn't too far behind. A new Bloomberg report says that Apple's so-called iWatch is expected to release this year. The report mentions that the project is currently being fuelled by the efforts of a 100 engineers being led by Apple design chief Jony Ive himself.

While the bit about 100 engineers seems excessive for a company that is known for small teams that work on the secret projects, the report does mention that Ive, who has a fetish for high-end watches, went so far as to order "boxes" of Nike sports watches for his team to study a few years ago.

The business portal points out that the iWatch may end up being more profitable than Apple's other rumoured new television business. Even though it is burdened with low margins and high costs, the watch business promises higher margins and growth.

"The global watch industry will generate more than $60 billion in sales in 2013. While that's smaller than the pool of revenue that comes from TVs, gross margins on watches are about 60 percent, said Citigroup Inc. analyst Oliver Chen." That's four times bigger than for televisions feels Bloomberg Industries analyst Anand Srinivasan.

Bloomberg also noted in its report that Apple has filed 79 patents that contain the word "wrist," including one recently for a "wearable accessory device" that would display video, and indeed more patents showing off an iWatch-like device continue to pop up.

As far as features are concerned, Bloomberg states that "people familiar with the company's plans" mentioned the watch-like device will incorporate task capabilities as seen on the iPhone and iPad including making calls, a caller ID feature, integrated pedometer for counting steps and sensors for monitoring health-related data, such as heart rates.

An earlier report from The New York Times indicated that such a watch could also be used to make mobile payments, with Apple's Passbook payment software. It also mentioned that Apple is experimenting with wristwatch-like devices made of curved glass.

The Verge, meanwhile, is reporting that the purported iWatch will run a full version of iOS, rather than a variation on the stripped-down operating system in the iPod Nano, versions of which have been used in watch designs. But citing its sources, it also says that this is causing "battery life issues in development". The tech blog also points out that the current watch prototypes are apparently only lasting for a couple of days at max whereas the aim is to keep the device going for at least 4-5 days before its next charge.

It also has information suggesting that "Apple has some work to do with iOS on the iPhone, which currently has several hooks for supporting a watch-like device but lacks the appropriate interface or settings to make it work properly."

Pebble, an idea of a smart watch, stemmed from Eric Migicovsky, an engineer, who wanted to develop a line of wristwatches that could display information from an iPhone - like caller ID and text messages. The first batch consisting 500 units of the device began shipping on January 23 as promised by designer Eric Migikovsky.

Another recent entrant in this category is Cookoo, a beefy male-oriented smartwatch that apparently runs a whole year on a button cell. The watch was showcased earlier this year at CES.

Though it has analog hands, it can also display several digital indicators, prompted by Bluetooth signals from your smartphone. Aided by beeps and a vibration motor, it sends alerts for missed calls or incoming calls new emails or an appointment. The watch  can also talk back to the phone, so you can use it as a remote release for the camera.

It works via an app designed for iOS devices including the iPhone 4S, the iPhone 5, the full-size iPad models released last year, the iPad Mini and the latest iPod Touch.

ConnecteDevice Ltd., which makes the Cookoo, sells it on its website for $130. AT&T's flagship store, in Chicago, is also carrying it for the same price.

Casio also introduced a watch last year that communicates with the iPhone via Bluetooth 4.0. The GB6900AA priced at $180 is now available in select stores across the US. The watch connects wirelessly to Apple's iPhone 4S and iPhone 5 smartphones. Once  paired with the phones, users can receive alerts for mails, incoming calls and even locate their lost phones.

Sony also made its own Android-based SmartWatch that came with coloured watchbands, multi-touch colour OLED display, watchband adapter and a USB charger. But it wasn't much of a hit with the masses.