China Signals It Will Hit Back Over US Tech Blacklist 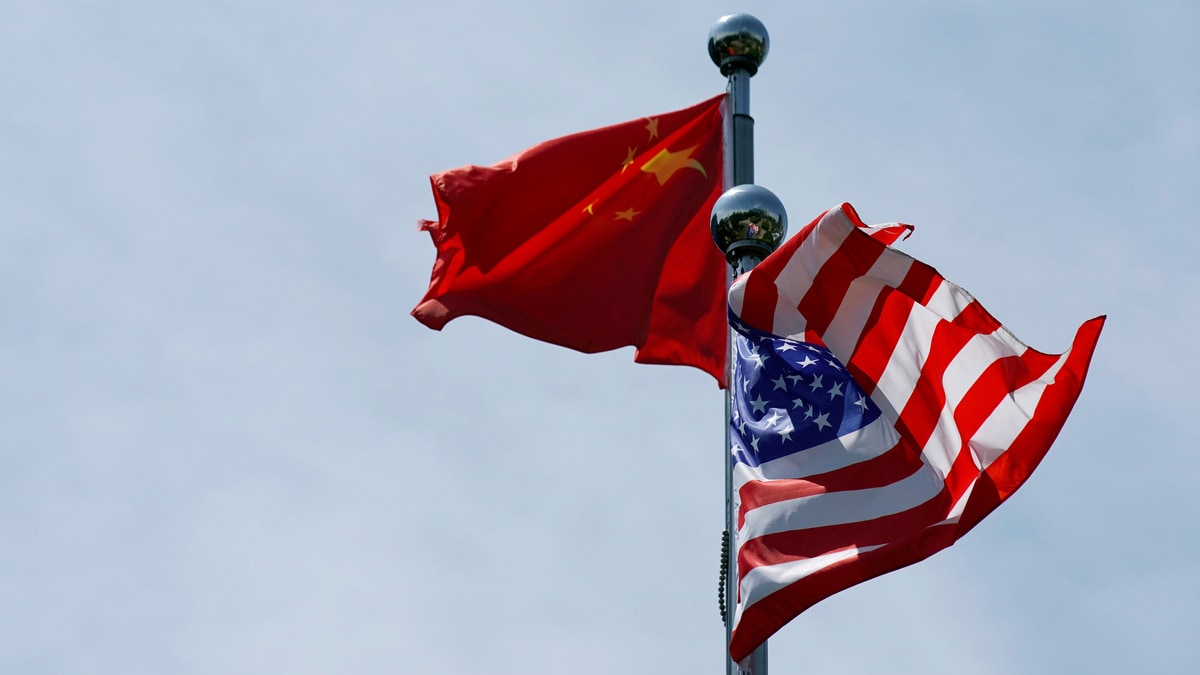 China signalled it would hit back after the Trump administration placed eight of the country's technology giants on a blacklist over alleged human rights violations against Muslim minorities.

"We urge the US side to immediately correct its mistake, withdraw the relevant decision and stop interfering in China's internal affairs," Geng said in Beijing. "China will continue to take firm and forceful measures to resolutely safeguard national sovereignty, security and development interests."

The Trump administration's move, which was announced after US markets closed, came on the same day negotiators from the two sides began working-level preparations for high-level talks due to begin Thursday in Washington. A US Commerce Department spokesman said the "action is unrelated to the trade negotiations," and China confirmed Vice Premier Liu He would lead the delegation as planned.

The blacklist, first reported by Reuters, still takes President Donald Trump's economic war against China in a new direction, marking the first time his administration has cited human rights as a reason for action. Past moves to blacklist companies such as Huawei Technologies have been taken on national security grounds.

Also targeted were SenseTime Group - the world's most valuable artificial intelligence startup -- and fellow AI giant Megvii Technology, which is said to be aiming to raise up to $1 billion (roughly Rs. 7,100 crores) in a Hong Kong initial public offering. Backed by Chinese e-commerce giant Alibaba Group Holding, the pair are at the forefront of China's ambition to dominate AI in coming years.

Entities on the list are prohibited from doing business with American companies without being granted a US government license, although some have maintained relationships with banned companies through international subsidiaries. Hikvision and Dahua were suspended from trading Tuesday, but iFlytek Co. -- one of the eight singled out - slid 2.7 percent in Shenzhen.

"Specifically, these entities have been implicated in human rights violations and abuses in the implementation of China's campaign of repression, mass arbitrary detention, and high-technology surveillance against Uighurs, Kazakhs, and other members of Muslim minority groups" in Xinjiang, the US Commerce Department said in a federal register notice published Monday.

The foreign ministry's Geng accused the US of having "sinister intentions." "The measures taken by China to eliminate extremism from the roots are fully in line with Chinese law and international practice," he said.

SenseTime and Dahua weren't immediately available for comment outside of normal business hours.

"Hikvision strongly opposes today's decision by the US government and it will hamper efforts by global companies to improve human rights around the world," the company said in a statement. "Punishing Hikvision, despite these engagements, will deter global companies from communicating with the US government, hurt Hikvision's US businesses partners and negatively impact the US economy."

Megvii said the US had "no grounds" to put it on the list, and noted that Human Rights Watch had corrected a report that implicated the company. It added that it hadn't earned revenue from Xinjiang in the first part of the year, and the impact on its business from the designation was minimal.

The blacklist comes as Trump faces growing pressure at home to support pro-democracy protests in the Chinese-controlled territory of Hong Kong. On Monday, Trump said he was hoping for a "humane solution" in a city where protests have grown increasingly violent.

The move targets Chinese surveillance companies involved in the crackdown in Xinjiang, where as many as a million Uighur Muslims have been placed in mass detention camps, prompting criticism from around the world. The White House in May had readied the sanctions package for surveillance technology companies accused of human rights violations, but decided to hold back because of the trade negotiations.

In June, the Trump administration again considered the sanctions and had planned to roll them out with a human rights speech by Vice President Mike Pence on the anniversary of the Tiananmen Square massacre, Bloomberg has reported. The speech was postponed indefinitely, so that Trump could secure a meeting with Chinese leader Xi Jinping in Osaka, Japan.

"The US government and Department of Commerce cannot and will not tolerate the brutal suppression of ethnic minorities within China," Secretary of Commerce Wilbur Ross said in a statement on Monday. "This action will ensure that our technologies, fostered in an environment of individual liberty and free enterprise, are not used to repress defenceless minority populations."