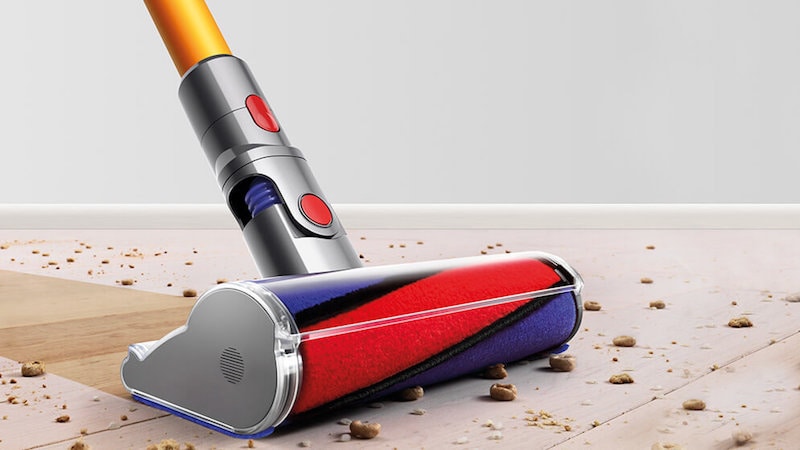 British technology company Dyson that's famous for its vacuum cleaners on Thursday announced its official entry into the Indian market. The company has opened the doors of its first store in Delhi, where it will be selling its vacuum cleaners, air purifiers, and hair-dryers. The first store has now opened in DLF Promenade Mall in Delhi, with three more coming soon, in Bengaluru and Mumbai. Apart from that, the brand's products will also be sold in India via Dyson's online store, and on Amazon India.

Dyson stores will allow people to test and understand the products, with experts available to explain them, and make recommendations. The company also stated that it will be investing Rs. 1,200 crores in India over the next five years to set up 20 stores in 10 cities. The company added that it will provide concierge service in India, to help set up the products and get started with them at home.

Gadgets 360 got a chance to look at these products at a special preview in Delhi last year where Dyson talked about the work that goes in testing these products. For example, the Dyson Supersonic hair dryer has been tested with 1,600 kilometres of real human hair. Dyson engineers also went to hairstyling college to learn what a stylist looks for in this kind of product.

The two V8 model vacuum cleaners have a digital motor that spins at up to 110,000 rpm, and Dyson claims that the design keeps the efficiency of the vacuum cleaners from going down over tie. You get four cleaner tools bundled with the Animal+, while the Absolute+ comes with eight different attachments, for things like reaching at odd angles, into crevices, or extending the vacuum pipe.

The Dyson vacuums are completely cordless, and you just charge them the way you would charge your phone. Plug them in, charge for five hours (for the V8s), and you can get 40 minutes of non-stop cleaning. The high prices of Dyson's vacuums place them firmly in the premium range in India, but the Dyson air purifiers are much more in line with what you'd be paying for similar products.

Dyson is launching two air purifier models in India - the desktop version and the more expensive floor-standing tower-style purifier. These are based on the same general air multiplier technology - there's a motor at the base that pulls air in, and by directing it through vents, it moves works like a fan. The new purifiers add a 360-degree cylindrical glass HEPA filter to the mix, cleaning the air before circulating it, trapping particles as small as 0.1 microns.

The air purifiers have a modern and sci-fi aesthetic, that looks timeless and a lot better in most rooms than similar products from other brands. Dyson claims that the purifiers have an effective range of 200 to 250 square feet, and third-party estimates put the CADR at 75 cubic meters per hour. That's significantly lower than what most other air purifiers on the market claim, though we'll be testing the efficiency of the purifier with a laser particle counter to measure its effectiveness when we review the product.

The Dyson hair dryer also uses air multiplier technology to be able to deliver high airflow without too much noise or heat, and it looks very futuristic as well.