Researchers noted that the larger craters on Asteroid Bennu followed a pattern where the number of craters decreased as their size increased. 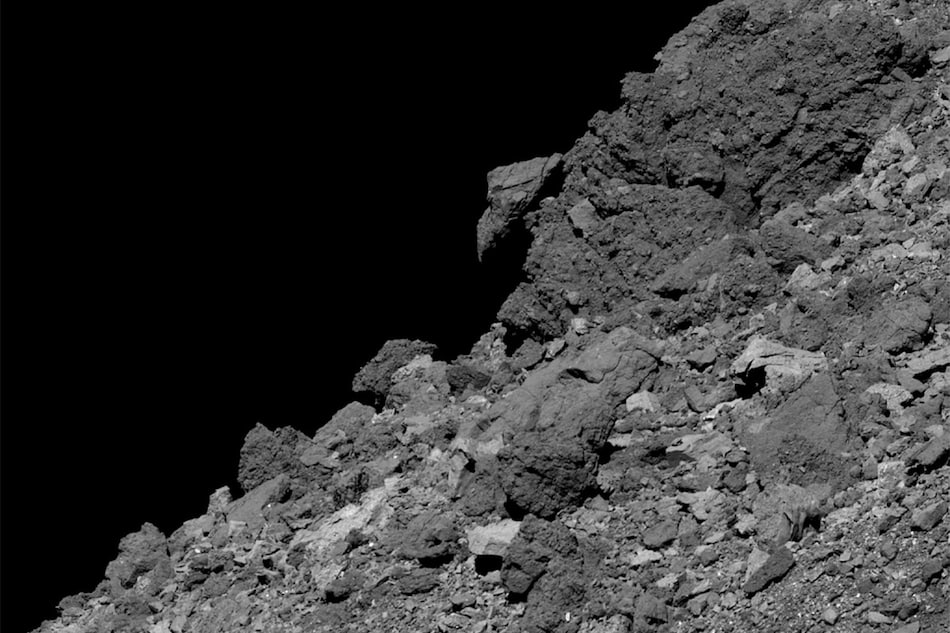 Scientists have concluded that the boulder-covered surface of the Asteroid Bennu gives it protection against small meteoroid impacts, through observations using NASA's spacecraft. The Bennu asteroid is a rubber-pile asteroid, which means that it was formed from the remnants of a much larger asteroid. When the asteroid got destroyed by an ancient impact, the collision caused the fragments to combine leading to the formation of Bennu. Scientists have used high-resolution data sets to examine craters on the planet to understand how boulders on its surface protect it from small meteroids.

To determine the age of a surface, scientists analyse the number of craters and their size on it. Impact craters, which form due to collision with a meteoroid, accumulate with time. Hence, the surface, with more craters, is older than one that doesn't have many craters. The size of the crater gives scientists an idea of how big the impactor (an object that collides with another body) was. Small meteoroids are found to be more abundant and thus asteroids have more small craters on their surface than large ones.

To examine craters on Asteroid Bennu, scientists have analysed data collected by NASA's OSIRIS-REx (Origins, Spectral Interpretation, Resource Identification, Security-Regolith Explorer) spacecraft. They have analysed the images taken by the spacecraft, data derived from the OSIRIS-REx Laser Altimeter and a laser-ranging instrument.

Researchers noted that Bennu's larger craters followed a pattern, where the number of craters decreased as their size increased. This trend was found to be opposite for smaller craters measuring between 2 to 3 metres in diameter.

As a result, scientists think that the boulders on the surface of Bennu might be acting as a shield against meteoroids. When a meteoroid collides with Bennu, it ends up fracturing, chipping, or breaking apart the boulders. Impactors also create smaller craters on Bennu due to the boulders than they would have without the protection.

This causes Bennu's surface to change differently than other objects that have solid or fine-grained surfaces. “The displacement or disruption of an individual or small group of boulders by a small impact is probably one of the most fast-acting processes on a rubble-pile asteroid's surface. On Bennu, this contributes to making the surface appear to be many times younger than the interior,” said Edward (Beau) Bierhaus of Lockheed Martin Space, Littleton, Colorado, lead author of the research published in Nature Geoscience.

Bierhaus added that the new observations shed light on how asteroids like Bennu respond to energetic impacts.