Starliner rendezvoused with the ISS on Friday, a day after blasting off from the Kennedy Space Center in Florida. 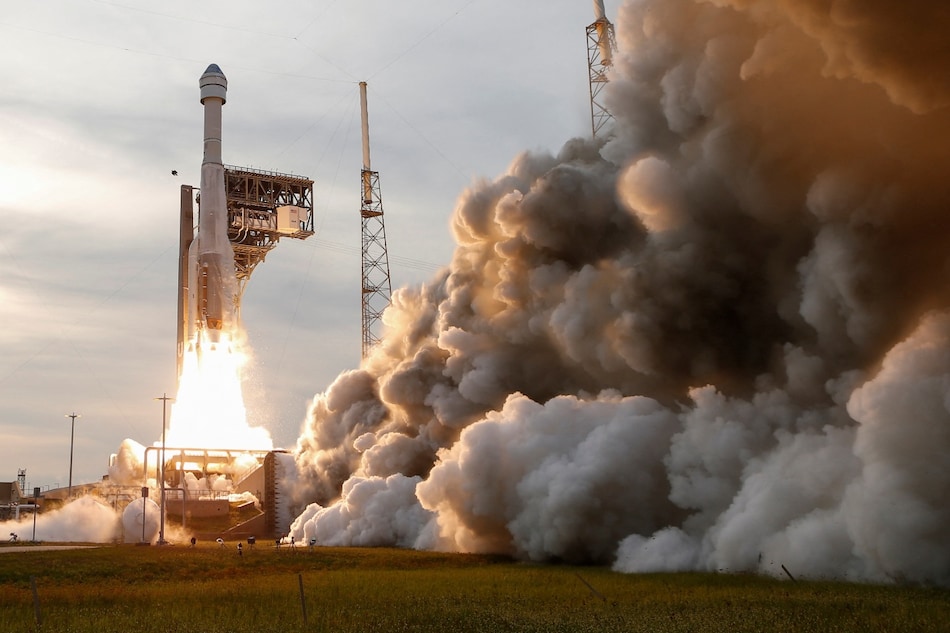 The new Boeing Starliner capsule was due to descend back to Earth on Wednesday from its first uncrewed journey to the International Space Station (ISS), completing a high-stakes test flight as NASA's next vehicle for carrying humans to orbit.

Less than a week after its launch from the Cape Canaveral US Space Force Base in Florida, the CST-100 Starliner was scheduled to autonomously undock from the space station at 2:36 p.m. EDT (12:06am IST on Thursday) to embark on a five-hour-plus return flight.

If all goes as planned, the mission finale will come with the gumdrop-shaped craft making a fiery atmospheric re-entry followed by an airbag-cushioned parachute landing on the desert floor near White Sands, New Mexico at 6:49pm PDT (7:19am IST on Thursday).

Starliner was lofted to orbit last Thursday atop an Atlas V rocket furnished by the Boeing-Lockheed Martin joint venture United Launch Alliance and achieved its main objective, a rendezvous with the ISS, despite four of its multiple onboard thrusters malfunctioning along the way.

Boeing engineers also had to improvise a workaround for a thermal control defect during the final approach of the capsule to the space station, orbiting some 270 miles (430 kilometres) above Earth.

But NASA and Boeing officials said none of the problems encountered so far should preclude Starliner from safely returning, and they chalked up such snafus to the learning process of developing a new spacecraft.

A successful mission would move the Starliner, beset by repeated delays and costly engineering setbacks, a major step closer to providing NASA with a second reliable avenue for ferrying astronauts to and from the space station.

Since resuming crewed flights to orbit from American soil in 2020, nine years after the space shuttle program ended, the US space agency has had to rely solely on Falcon 9 rockets and Crew Dragon capsules from billionaire Elon Musk's private company SpaceX.

Previously the only other option for reaching the orbiting laboratory was by hitching rides aboard Russia's Soyuz spacecraft, an alternative currently less attractive in light of heightened US-Russian tensions over the war in Ukraine.

Much is also on the line for Boeing, as the Chicago-based company scrambles to climb out of successive crises in its jetliner business and space-defense unit. The Starliner program alone has cost the company nearly $600 million over the past two and a half years.

An ill-fated first orbital test flight of Starliner in late 2019 nearly ended with the vehicle's loss following a software glitch that effectively foiled the spacecraft's ability to reach the space station.

Starliner remained grounded for nine more months while the two companies sparred over what caused fuel valves to stick shut and which firm was responsible for fixing them.

The do-over test mission winding up on Wednesday could pave the way for Starliner to fly its first astronaut crew to the space station as early as the fall, NASA has said.

The orbiting outpost is currently home to a crew of three US NASA astronauts, an Italian astronaut from the European Space Agency and three Russian cosmonauts.