The tundra soil is rich in nitrogen and phosphorus and contains large amounts of biomass stored as methane in the frozen ground. 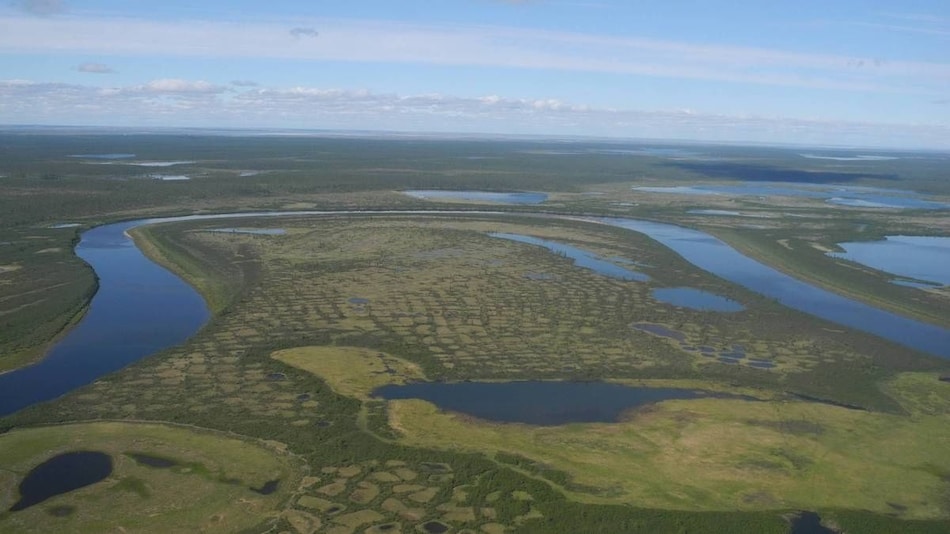 Global warming is posing an existential threat to the Siberian tundra, the frozen lands near the Arctic Circle, researchers have said in a new study. The researchers from the Alfred Wegener Institute for Polar and Marine Research, Germany, prepared a computer simulation of how global warming could affect the tundra -- a special ecosystem consisting of dwarf shrubs, sedges, grasses, mosses and lichens. They said that the tundra could virtually disappear by mid-millennium if temperatures continued to grow rapidly. In the best-case scenario, only 30 percent of today's tundra could be saved, they said. This is bound to have serious consequences for the planet.

The tundra soil is rich in nitrogen and phosphorus and contains large amounts of biomass stored as methane in the frozen ground, which becomes a carbon sink for the planet. But global warming is leading to a rapid rise in temperatures in the Arctic. As a result, the treeline for Siberian larch forests is steadily advancing to the north, invading the tundra biodiversity. If the tundra disappears in the coming decades, a huge carbon sink for the planet will also disappear with it.

Researchers said only consistent climate protection measures will allow roughly 30 percent of the Siberian tundra to survive to mid-millennium. In all other, less favourable scenarios, the unique habitat is likely to disappear entirely. They have released their finding in the journal eLife.

“For the Arctic Ocean and the sea ice, the current and future warming will have serious consequences,” Prof Ulrike Herzschuh, a co-author of the study said. “In the worst-case scenario, there will be virtually no tundra left by the middle of the millennium.”

Researchers have found that the larch forests could spread northward at a rate of up to 30 kilometres per decade and the tundra habitat, which can't shift to colder regions due to the adjacent Arctic Ocean, would increasingly decrease. In the majority of scenarios the researchers simulated, they found that only 6 percent of today's tundra would remain by mid-millennium. If we implement aggressive measures to reduce greenhouse gases, roughly 30 percent could be saved.