NASA said that mission Lucy will “revolutionise our knowledge of planetary origins”. 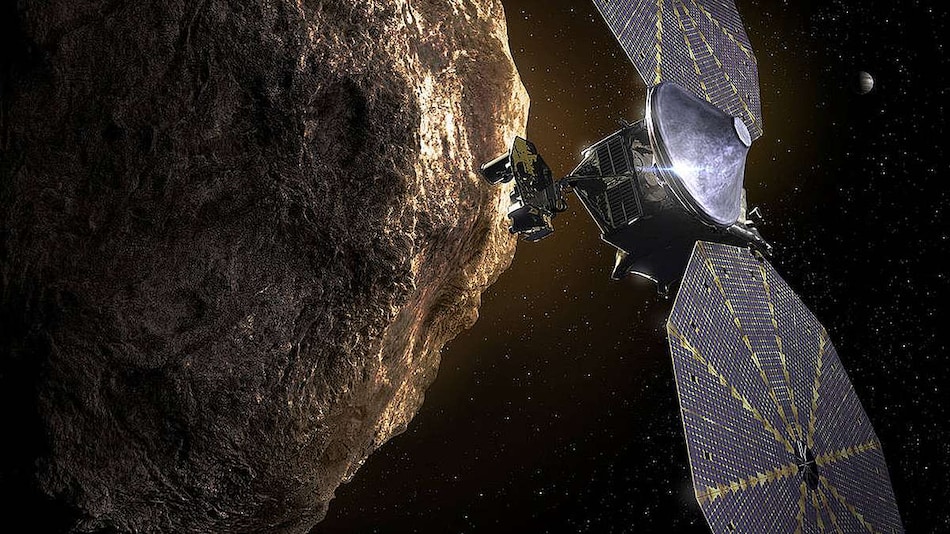 Space has always intrigued humans. While many exploration missions have hitherto focussed on our neighbours like the Moon and Mars, US space agency NASA is taking the game a notch higher with its latest launch. NASA is daring to send one of its spacecraft to a place in the dark alleys of the outer solar system that has never been visited before. Called Lucy, the $981-million mission (roughly Rs. 7,351 crores) will help astronomers study a set of asteroids orbiting the Sun near Jupiter.

Jupiter's Trojan asteroids are two clusters of ancient space rocks that are leftovers of planetary formation, NASA said. In an Instagram post, the space agency also shared images of the Atlas V rocket, which will take the spacecraft to its destination, after it was rolled out to the launch pad in Florida. NASA is targeting to launch the mission at 0934 GMT (15:04 IST) and will also broadcast the launch live on the NASA website.

The name Lucy has been taken from the 3.2 million years old hominid fossil unearthed in 1974 in Ethiopia that revealed the secrets of human origins. The hope is NASA's Lucy mission will do something of that sort to the mysterious outer solar system.

Lucy will spend 12 years doing gravitational stunts near Jupiter, will swing by at least six of the Trojan asteroids to take photos and determine their compositions. NASA hopes to unravel information about the formation and evolution of the solar system. It said that Lucy will “revolutionise our knowledge of planetary origins”.

“This team has put in so much work to build a spacecraft that is truly a work of art,” Donya Douglas-Bradshaw, the Lucy project manager at NASA's Goddard Space Flight Center in Maryland, said during a news conference this week.

According to a report on Space.com, Lucy will conduct two flybys of Earth to adjust its trajectory after the launch. The first flyby of a main-belt asteroid called Donaldjohanson will happen in April 2025. The first Trojan flyby will occur in August 2027, a busy year for the mission. Its final planned flyby will take place in March 2033.

The Galileo spacecraft first flew to Jupiter in 1991 and since then several missions have flown by the main asteroid belt on their way to Jupiter. But none of them ever went to Jupiter's Trojans. NASA's mission Lucy is set to change that.