NASA said that the ISS was always designed to be operated jointly with participation from space agencies from the US, Russia, Europe, Japan, Canada. 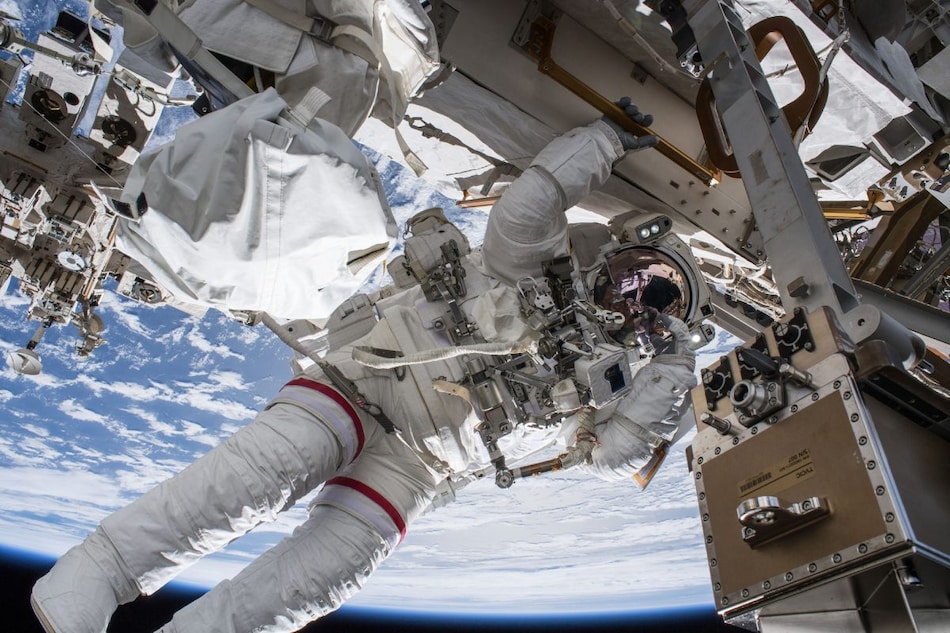 The United States said on Friday it would resume flights to the International Space Station with Russia, despite its attempts to isolate Moscow over the invasion of Ukraine.

"To ensure continued safe operations of the International Space Station, protect the lives of astronauts and ensure continuous the US's presence in space, NASA will resume integrated crews on US crew spacecraft and the Russian Soyuz," space agency NASA said in a statement.

NASA said that astronaut Frank Rubio would fly with two Russian cosmonauts on a Soyuz rocket scheduled to launch on September 21 from Kazakhstan, with another astronaut, Loral O'Hara, taking another mission in early 2023.

In a first, Russian cosmonauts will join NASA astronauts on SpaceX's new Crew-5 which will launch in September from Florida with a Japanese astronaut also on the mission.

Another joint mission on the SpaceX Crew-6 will fly out in early 2023, NASA said.

The move comes despite the European Space Agency earlier this week terminating its relationship with Russia on a mission to put a rover on Mars, infuriating Russian space chief Dmitry Rogozin who banned cosmonauts on the ISS from using a European-made robotic arm.

But hours before NASA's announcement, President Vladimir Putin dismissed Rogozin, a firebrand nationalist and ardent backer of the Ukraine invasion who once quipped that US astronauts should get to the space station on trampolines rather than Russian rockets.

NASA said that the International Space Station was always designed to be operated jointly with participation from the space agencies of the United States, Russia, Europe, Japan and Canada.

"The station was designed to be interdependent and relies on contributions from each space agency to function. No one agency has the capability to function independent of the others," it said.

New ways to blast off

Soyuz rockets were the only way to reach the space station until SpaceX, run by the billionaire Elon Musk, debuted a capsule in 2020.

He returned to Earth in March this year alongside Russian cosmonauts, also on a Soyuz.

Speaking to reporters afterward, Vande Hei said that the cosmonauts remained his "very dear friends" despite their nations' tense relationship.

"We supported each other throughout everything," he said. "And I never had any concerns about my ability to continue working with them."

The sanctions, which include tough restrictions on financial interactions, have led to an exodus of leading the US brands from Russia including Starbucks and McDonald's.

But the International Space Station is unique. It was launched in 1998 at a time of hope for US-Russia cooperation following their Space Race competition during the Cold War.

The ISS is expected to wind down in the next decade.

"If you block cooperation with us, who will save the ISS from uncontrolled deorbiting and falling on US or European territory?" Rogozin wrote in a tweet earlier this year —noting that the station does not fly over much of Russia.

Kremlin spokesman Dmitry Peskov did not indicate that his removal meant Putin was unhappy with Rogozin.

One independent media outlet said he would be promoted and could be put in charge of occupied territories in Ukraine.