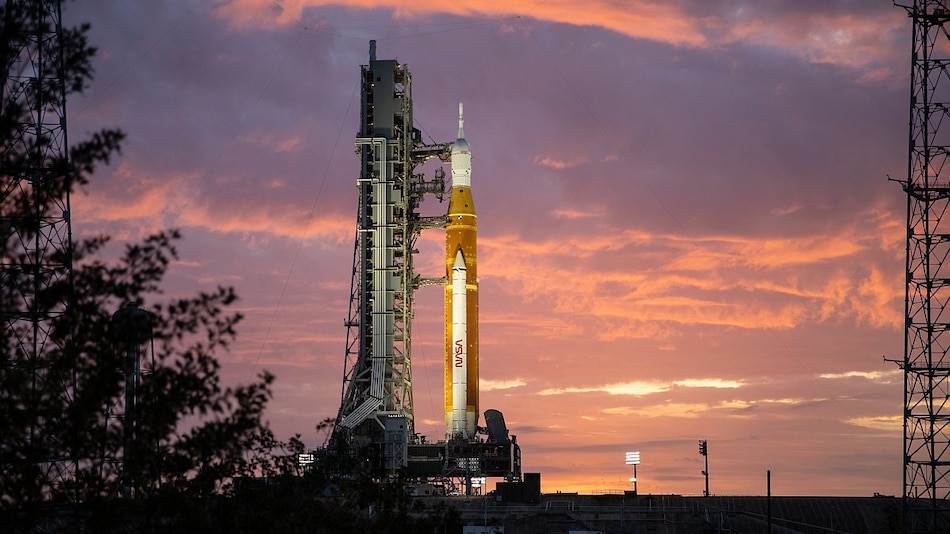 NASA's Artemis 1 Space Launch System (SLS) Moon mission test has been delayed several times. Now, the American space agency has announced that the final test will be modified and the launch will be delayed further to mid-April.  NASA had been conducting “wet dress rehearsals” on the next-generation space launch system throughout the last weekend. The latest setback is to do with the SLS's mobile launcher platform.

NASA had plans to resume the test on April 9 but on Saturday, it announced that the test was being further delayed to the start of this week. Now, the wet dress rehearsal testing will resume with call to stations on April 12 and tanking on April 14.

“The modified test will enable engineers to achieve the test objectives critical to launch success.   Engineers have identified a helium check valve that is not functioning as expected, requiring these changes to ensure the safety of the flight hardware,” the space agency said in a statement.

The wet dress rehearsal is essentially an opportunity to refine the countdown procedures and validate critical models and software interfaces.

The "wet dress rehearsal" of the Artemis 1 Moon mission was designed to replicate the mission's countdown procedure. It was moving according to the plan until researchers saw the issue with the SLS's mobile launcher platform. It prevented NASA from loading the rocket with liquid propellant.

The modified wet dress rehearsal will focus on tanking the core stage and minimal propellant operations on the interim cryogenic propulsion stage (ICPS) with the ground systems at Kennedy Space Center.

Once the modified test is completed, engineers will evaluate the helium check valve again and even replace it if needed.

NASA will be able to launch Artemis 1 only after the modified test is complete. Until then, it won't fix a date for the mission. Before sending astronauts on this mission, the space agency will send an unmanned Orion capsule on a flight around the Moon to study the journey. Scientists are optimistic that if no further problems are encountered, Artemis 1 could take off in June.

The space agency will host a teleconference on April 11 to discuss details on the Artemis mission wet dress rehearsal.