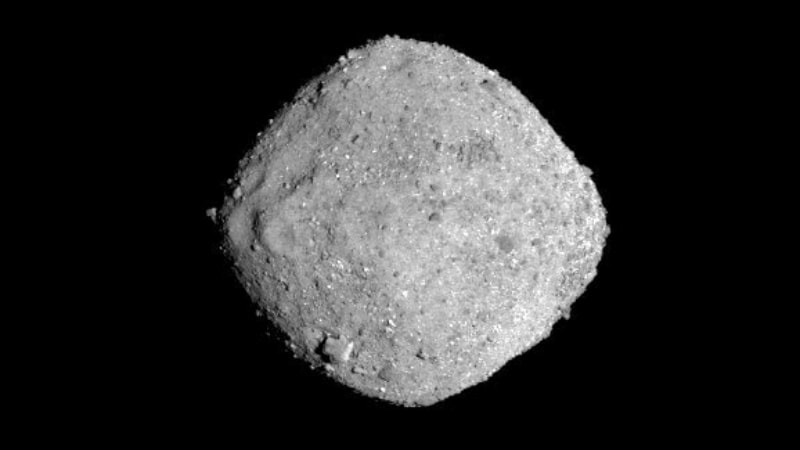 NASA's first-ever mission designed to visit an asteroid and return a sample of its dust back to Earth arrived Monday at its destination, Bennu, two years after launching from Cape Canaveral, Florida.

The $800 million unmanned mission, known as OSIRIS-REx, made a rendezvous with the asteroid at around 12:10 pm (1710 GMT), firing its engines a final time.

"We have arrived," said Javier Cerna, an engineer at Lockheed Martin, as his colleagues at mission control in Littleton, Colorado cheered and exchanged high-fives, according to a live NASA television broadcast.

Bennu is about 1,600 feet (500 metres) in diameter, about the size of a small mountain. It is the smallest object ever to be orbited by a human-made spacecraft.

A fragment of the early solar system, Bennu is also considered potentially dangerous. It poses a slight risk - a one in 2,700 chance - of colliding with Earth in 2135.

The carbon-rich asteroid was chosen from some 500,000 asteroids in the solar system because it orbits close to Earth's path around the Sun, is the right size for scientific study, and is one of the oldest asteroids known to NASA.

Scientists hope it will reveal more about the early formation of the solar system, as well as how to find precious resources like metals and water in asteroids.

"With asteroids, you have a time capsule. You have a pristine sample of what the solar system was like billions of years ago," said Michelle Thaller, a spokeswoman for NASA's Goddard Space Flight Center.

"That is why for scientists this sample is going to be far more precious than even gold."

Gentle high-five
The mission launched in September 2016. Over the past several months, OSIRIS REx has been creeping toward Bennu, and finally reached the space rock when it was about 80 million miles (129 million kilometres) from Earth.

"For the past several months, Bennu has been coming into focus as I approached," said NASA's OSIRIS-REx Twitter account.

"Now that I'm here, I'll fly around the asteroid and study it in detail."

The spacecraft is equipped with a suite of five science instruments to study the asteroid for the next year and a half, mapping it in high resolution to help scientists decide precisely where to sample from.

Then, in 2020, it will reach out with its robotic arm and touch the asteroid in a maneuver Rich Kuhns, OSIRIS-REx program manager with Lockheed Martin Space Systems in Denver, described as a "gentle high-five."

Using a circular device much like a car's air filter, and a reverse vacuum to stir up and collect dust, the device aims to grab about two ounces (60 grams) of material from the asteroid's surface, and return it to Earth for further study.

NASA says it may get much more material, perhaps up to four pounds (two kilograms).

The US space agency hopes to use OSIRIS-REx to bring back the largest payload of space samples since the Apollo era of the 1960s and 1970s, when American explorers collected and carried back to Earth 842 pounds (382 kilograms) of Moon rocks.

JAXA's Hayabusa spacecraft crash-landed into the surface of its target asteroid and managed to return a few micrograms of material in 2010.

Once the NASA mission has successfully collected its spacedust from Bennu, the sample will be kept in a canister and returned to Earth in 2023, touching down in the Utah desert in late September, NASA said.

Google Pixel 3 to Get eSIM Support in India Soon via Reliance Jio, Airtel