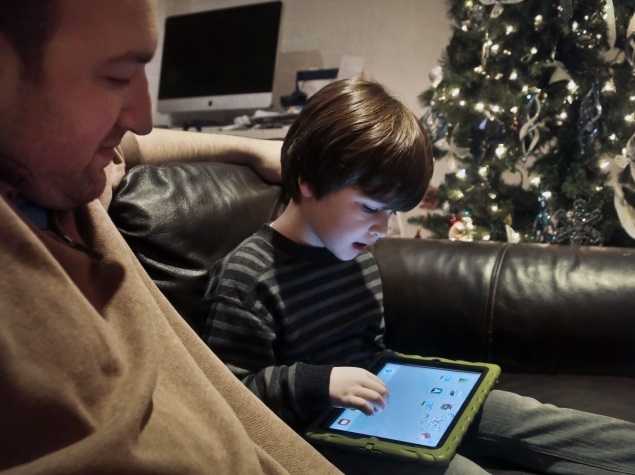 Parents have long suspected it, but now doctors have proof: the more time teenagers spend on computers or mobile phones, the less they sleep especially if the gadget is used just before bedtime.

The evidence is so strong, the experts said, that health watchdogs should overhaul guidelines for electronic device use by youngsters.

The team carried out an investigation among nearly 10,000 people aged 16 to 19 in Hordaland county, western Norway, in 2012, they reported in the journal BMJ Open on Tuesday.

The teens were questioned about their sleeping patterns, how long they looked at a screen outside of school hours and the type of gadget they used.

The respondents said they needed between eight and nine hours' sleep on average to feel rested.

Those with screen time of more than four hours per day were three-and-a-half times likelier to sleep fewer than five hours at night, the probe found.

They also were 49 percent likelier to need more than 60 minutes to fall asleep. Adults normally nod off in under 30 minutes.

The study also confirmed what many parents of a sleepy teen have experienced already using an electronic device in the hour before bedtime badly affects both onset of sleep and its duration.

In particular, teens who used a computer or mobile phone in the last hour were 52 and 48 percent likelier to take more than 60 minutes to fall asleep.

They were also 53 and 35 percent likelier to lose out on two or more hours of sleep.

Somewhat smaller risks of delayed or shortened sleep were observed among youngsters who used an MP3 player, tablet, game console or TV in the final hour before bedtime.

But why?
The researchers, led by Mari Hysing at a regional centre for child health in the city of Bergen, point to several possible explanations.

One is quite simple: that teenagers are getting to bed later screen time eats into sleep time.

Another idea is that the bright light from devices interferes with circadian rhythm, the day-night system that tells our brain when we should sleep and when we should wake up.

There could also be muscle pains, tension or headaches, for instance from playing a game for too long.

The media content, too, may play a role by causing "increased psychophysiological arousal" which means the mind is spinning just as it should be slowing down for the night.

"The recommendations for healthy media use given to parents and adolescents need updating, and age specific guidelines regarding the quantity and timing of electronic media use should be developed," the study said.

The current recommendation by the American Academy of Pediatrics set down in 2004 is to not have a TV in the bedroom.

"It seems, however, that there may be other electronic devices exerting the same negative influence on sleep, such as PCs and mobile phones," said the study.

"The results confirm recommendations for restricting media use in general."